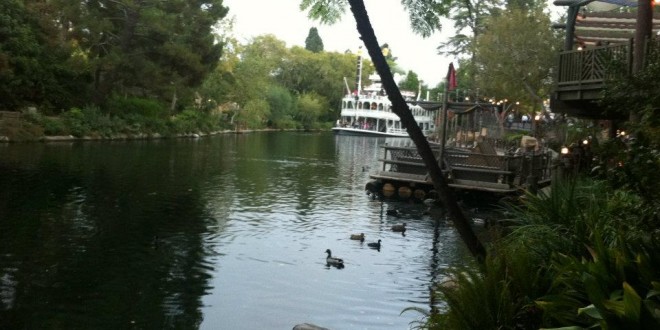 A Canadian’s guide to Disneyland Where can I get the best price on Disneyland tickets?

Update 07/06/2012 – Just discovered that Flight Centre no longer sells 8 day park hoppers for Disneyland. They sell 5 days for slightly less than you’d find at the park gates, but 8 days is no longer an option.

Disneyland: From the moment you walk through the gates and hear that wonderful little tweet saying your tickets are valid (and believe me, I’ve been there a few times to see other people around us who had bum tickets. The sound is not quite as wonderful), you enter a magical world. A world where, if you shut off your cell phone, sweeps away your problems and gives you the promise of happy tomorrows. It really will, if you just let it.

I’ve been to Disneyland so many times I’ve actually lost count, and each time I get the same thrilling feeling when I walk through those gates. Because I’ve been so many times, because I participate in Disney forums, read any and all Disney books, see all the films, watch the documentaries, and am friends with quite a few Annual Passholders, you could say I’m a fan. You could also say I have a few secrets up my sleeve that I’ve picked up along the way.

With Spring Break right around the corner, more and more people will be heading down to Disneyland, so I’ll be updating on a weekly basis and sharing a few things I’ve found out along the way.

The Canadian Guide to Disneyland presents:  Getting the best price on Disneyland tickets

This is going to be a little bit of Do and Do Not. Listening to the Do Nots are quite important, because they will save you a lot of time and hassle in the long run.

Do Not Buy your Disneyland Tickets on eBay or Craigslist

This is the big one, the most important one. Never, and I mean never ever, buy your tickets on Craigslist or eBay. I’m not saying all of the tickets being sold through these venues are fake, or used, but a lot of these businesses practice something called ‘Ticket Sharing” and it’s a big No No at Disneyland.

Basically what you do is ‘buy’ the option to use the tickets for a few days, then return them to the person/business when you are finished. The problem is that these tickets are often already used, and you’ll have no way of knowing if they are valid at the gate. You could be the people who are standing there with their kids, looking crestfallen at the fact they were completely suckered in an effort to save $100.

As a Canadian, you don’t have to fall prey to scams like that. We have the glorious option of Flight Centre.  Go ahead, give them a call. Flight Center has the best deals on tickets that I have ever, ever, seen. The more days you buy, the better deal you get. And as a Canadian you can buy up to 8 day Park Hoppers. I bought my park hoppers in November of 2011 and they cost me $214 each, with the kids being slightly cheaper. $214 for 8 days? I’ll take it.

If you plan on going back to Disneyland within a year, you can use your tickets to upgrade to a season pass. At this time, the Premium Annual Pass has no blackout dates (days when you won’t be able to go into the park) and allows you to obtain a discount on food and merchandise. I believe that will change this spring when they lose the merchandise discount, but its not carved in stone yet.

If you upgrade to an Annual Passport on your first day, the food savings alone (if you are eating in the park) will pay the extra $280 you spend on the passport. And then you have an excuse to go to Disneyland again within 6 months or a year.

Be sure to check out a few tips and secrets to Disneyland here and see the three part series on ‘Vancouver to California: Disneyland Road Trip” and watch for more of Survive Parenthood Magazine’s – A Canadian Guide to Disneyland