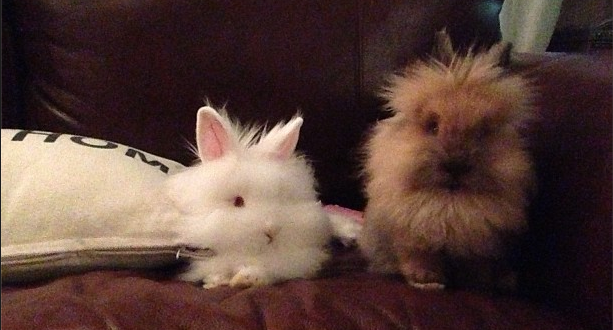 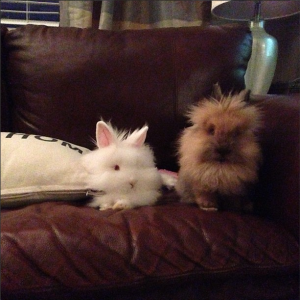 If you’ve ever wondered if rabbits as pets are a good idea, I’m here to tell you that they are. In fact, I’d go as far as saying that bunnies make better pets than cats when it comes to kids.

I currently own two lionhead bunnies. We purchased them when they were babies and now that they’ve grown up they’re still freaking adorable. We have them in an inside/outside situation, so they hop around on our rabbit-proof deck during the day and at night they come inside.

Originally I thought of having a hutch outside, because I never really thought about having them inside 100% of the time, but they were too small and too cute to put outside.

Pros of rabbits as pets

Pros of cats as pets

Cons of bunnies as pets

Cons of cats as pets

I love my cat, I really do, but once I adopted my bunnies I definitely saw the other side. Rabbits as pets aren’t what you’d think. They’re social, sweet, and so adorable you won’t be able to get enough of them.

If you plan on getting a rabbit, be sure to check out the local SPCA or Petfinder for bunny adoption.