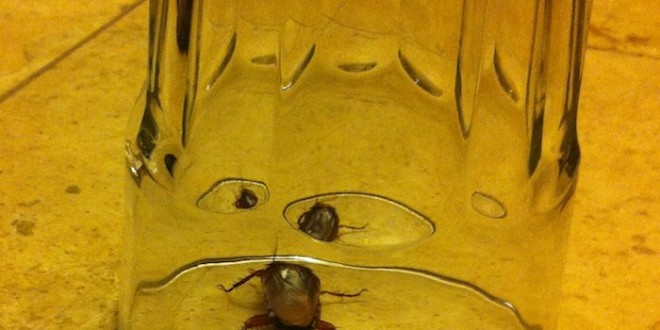 I’m a writer, so I like to use words. There’s nothing quite like fluffing up a sentence or digging deep and finding the right way to express some sort of emotion. But when it comes to my Best Western Plus Meridian Inn Suites Reviews, I really only need to use one word.

Yes, it’s true. There were cockroaches in this hotel. But I’m getting a bit ahead of myself here, so let’s backtrack for a minute. 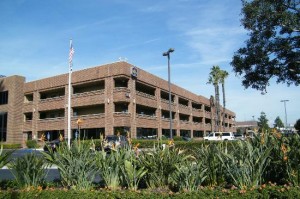 Last year, we decided to stay in Orange County for a month. Our plan was to find a nice hotel with a kitchen suite; something that was clean, convenient to local attractions, and could accommodate our family of 6. I had a decent budget, and I’m pretty fussy about where I stay so I wasn’t planning on skimping on accommodation. I did some searching, found a few different hotels, then spent hours on Tripadvisor searching out the best of them. I eventually choose the Best Western Meridian Inn and Suites in Orange, CA

Here’s why we choose the Best Western Meridian Inn and Suites:

Sounds good? It did to me too.

When we pulled up to the hotel after a two day road trip from Vancouver to Anaheim, I was a bit put off by the exterior. The ‘hotel’ was more of a motel, with outside doors that were glassed in on all floors. To get into the inside courtyards, you’d have to use your pass key. The building was very dark, and the lobby had a strong musty smell.

When we were presented with our room key for our suite on the first floor, we were told that the air conditioning would turn off when we pulled the key out of the door slot. The reason for this was because it was a ‘green’ hotel. After one short tour of the room and the surrounding areas, I was pretty certain that they had absolutely no idea what green means. For one, there were huge cracks underneath the door that let any cold air out in about 2 seconds. Second, the waste bins were overflowing with plastic bottles and other garbage that any other hotel I’ve been to in California would promptly recycle.

The room itself smelt musty, but it was a decent size and had a sturdy table and chairs, full kitchen, couch and chair, as well as two beds in the bedroom. The bathroom looked like it needed an upgrade. Overall, it was just OK. I thought that, given how much time we spent outside of the room, we’d be fine staying there for the 17 days I had booked it.

Day one spent us wandering the hotel, sitting in the hot tub, and letting the kids swim in the pool. The patio furniture had seen better days and the hot tub wasn’t working properly so it was cold, but the courtyard was actually very pretty and had huge palm trees that lit up at night.

For many days, I avoided the breakfast bar (nothing worth eating there) besides grabbing a quick coffee, and we didn’t spend any time there other than sleeping, so we enjoyed the actual location if not the hotel room itself. We also didn’t have a problem with noisy neighbors and our car was safe at night.

Here’s where it went haywire. About a week after we had checked in, I was getting the kids ready for a night at Disneyland. My husband was out riding his bike, so I was alone. As I walked through the kitchen, I saw a gigantic bug skitter across the floor. Freezing, I tried to remember where I’d seen something like that, and when it hit me I will admit to screaming.

The bug, a huge American Cockroach, hid under the fridge while I ran to the phone to call the front desk. Being Canadian, my brief knowledge of such bugs comes from Wikipedia, but the one thing I do know? Where there is one cockroach, no matter what kind they are, there are many.

The front desk came down and searched the room for 1/2 hour.  He couldn’t find anything, but they believed me and offered to change our rooms. He told me that these were American Cockroaches, that they flew in from outside because of the heat, and that they weren’t a result of a room being dirty in anyway. Being from Northern Climates and definitely not having any experience with such a thing, I believed him, and I agreed to switch rooms. I was working at the time too, and the idea of packing up everything and moving when I had deadlines? Not such a nice idea.

As he was leaving the room to get a baggage cart, ANOTHER COCKROACH fell off the curtains near him. He managed to catch that one. It wasn’t shaping up to be a good night.

The next room was also on the first floor, but it was a bit larger and nicer. By the time my husband had returned from his bike ride, we were on our way to a new room and he (lucky guy) had missed all the hysterics.

Fast forward to 3 days later. As I’m picking up towels to throw in the tub, out comes a pile of cockroaches. To me a pile translates to more than two. At this point, I completely freaked out and called the front desk to ask for a meeting with the manager.

Once we arrived at the front desk, she was already armed and prepared with a print out about the cockroaches. Repeating the same story that the other guy had told us, she wanted us to believe that they were just ‘big flies.’ Not so much. Here’s a photo I took as we were packing to move out that day. 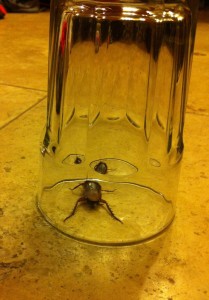 Our 17 day stay had turned into a week with two room changes and a big old messy pile of cockroaches. When we left the hotel, we went to Disney’s Paradise Pier for three days and then onto the Hyatt Regency for another few days before cutting our trip short and heading home.

Best Western offered us a $150 gift card for one nights stay and several thousand points on our Best Western Rewards card. We did pay our bill in full. I’ve told them that it wasn’t adequate compensation for ruining our vacation, but they didn’t follow up after several emails.

It’s safe to say those points will be wasted and I’ve never used the gift card. Although Best Westerns are actually quite nice in Canada, the independently owned Best Western Pluses really need some work.

Overall score for Best Western Plus Meridian Inn and Suites in Orange, CA :