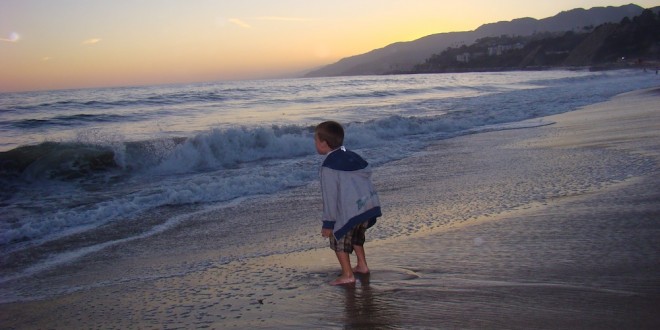 Driving the I5 to Disneyland: Road trip from Canada to California

Part Two of our Road trip from Canada to California via the I5. Today’s installment takes us away from Disneyland as we attempt to get on the coastal hwy but get sidetracked by Six Flags Magic Mountain

We join our family preparing to pack up the van after a five day stay at the Grand Californian Resort. It’s 95 degrees and even under the shaded entry way, it feels as though you could poach an egg on the pavement.

After a week of sun, fun, and Disney adventure, it was time to pack up the van and head back out. You know how when you pack for a road trip, no matter how much space you think you have before you leave, you have even less when you are heading home? Yes, that was us, stuffing our van’s cargo hold full of half inflated balloons and empty RideMakerZ boxes that they couldn’t bear to leave behind. The Disney people, bless them, even helped us out a bit, but it’s still a bit embarrassing to be that family with the overflowing car and sobbing children (OK, that was mostly me, but I would live there if I could).

Back on the road, we began our drive at approximately 5 pm, stopping at Boston Market for dinner and then heading out toward the beach. We found a place to pull over, and to this day I’m not even sure where we were. But it was breathtakingly beautiful, and brings me to one of my favorite parts of road trips – undiscovered treasures you most likely would never see if you were just doing the tourist thing or running to catch a plane.

TIP – If you are on a road trip or staying in the Disneyland area and you haven’t heard of Boston Market, I’m going to do you a favor. Eat in or take out, they a huge selection of stuff that the entire family would love. And best of all, it runs generally under $30 for everything including leftovers. If you don’t want to eat in a restaurant with your kids or you want some decent takeout during your Disneyland stay, Boston Market is the place to choose.

After watching the sunset, we drove to Valencia and found ourselves a hotel. For overnight pitstops, I cannot recommend Holiday Inn Express enough. You can find them everywhere, they are clean, family friendly, and the continental breakfast is really decent. As we drove, we sought them out on our GPS and only stopped when we found one. We never made reservations, just walked in and asked for a room. An added bonus is that they are so much the same, the kids were really comfortable when we stopped. There was no trying to get them used to a new room, etc. when they mostly looked the same.

Waking up the next morning, we looked out across the parking lot at the glowing red roller coaster in the distance. Six Flags, Magic Mountain was 10 minutes away from our hotel, and although we were going to spend the day driving to the coast, we threw the schedule out the window and hit the park.

Never having been to Six Flags, I was sort of surprised by it. Yes, they have really amazing rides, and its so big that it is impossible to do everything in a few hours. However, if you’ve just spent 5 days in squeaky clean, uber-themed Disneyland, Six Flags can come across as kind of seedy. Seedy to the point of being really, really funny.  I’ve never laughed as hard at a ‘character’ than when my kids took a picture with The Flash and Aquaman, then Aquaman excused himself to use the facilities. The very same facilities that my son and husband were currently using. Then, he washed his hands in the sink right beside my son. This not only begs the question why is a watery super hero washing his hands, but also destroys the magic of the meeting if you get my drift.  Can’t say I’ve ever watched Mickey duck into the bathroom, but at Six Flags anything goes.

While my husband ran from roller coaster to roller coaster, the kids and I spent some time riding the Bugs Bunny and Tweety rides. I jumped on Batman myself, and had a great time. It was relatively empty, but the blazing hot sunshine is amplified by the 110 degree temperature. Given that there was no air conditioned spots to eat or just pop inside (unlike Disney, there is literally no where to get out of the heat and sunshine), we stayed as long as we could. When sunstroke threatened, we headed out.

There is nothing quite like driving after being at an amusement park for the entire day. It makes you sleepy, and the kids crashed soon after. We headed down the Hwy toward the coast, destination Santa Cruz or somewhere very close to there. At this point in the road trip, we’d been away from Anaheim for a day and were still only 3 hours outside of LA.

Tomorrow, Part 3 of the Great California road trip: Driving the California coastline back to Canada

And if you’ve missed it, check out Part One: I5 from Vancouver To Disneyland

For even more Disneyland tips and secrets, visit the first installment in our guide to Disneyland