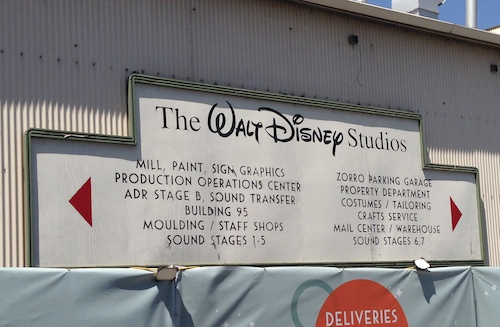 Not very many people are as into Disney as I am, at least around where I live. Although I love Disneyland to the point where I’m an annual passholder (who lives in Canada, go figure), it’s the history of Disney and Walt Disney that really gets my motor running.

Last week I did something that very few Disney fans get to do – I took a private tour of Walt Disney Studios in Burbank, California. My husband set it up with a few good friends and it was a total surprise, so much so that when we drove through the gates I sort of freaked out and cried.

What’s it like to be on the lot where they made magical movies like Bambi, Snow White, and Dumbo? Pretty darn cool. Here’s a look in photos at what I saw when I visited the Studios last week.

This is the sign you see when you’re driving up to the gates. I asked and they told me it was the original sign from when Walt was there. The building behind it is currently being destroyed.

This building was actually from the original Hyperion studios and was brought to the new lot.

It was like stepping into the movie Saving Mr. Banks. I always notice the trees when visiting older buildings. These were absolutely massive. 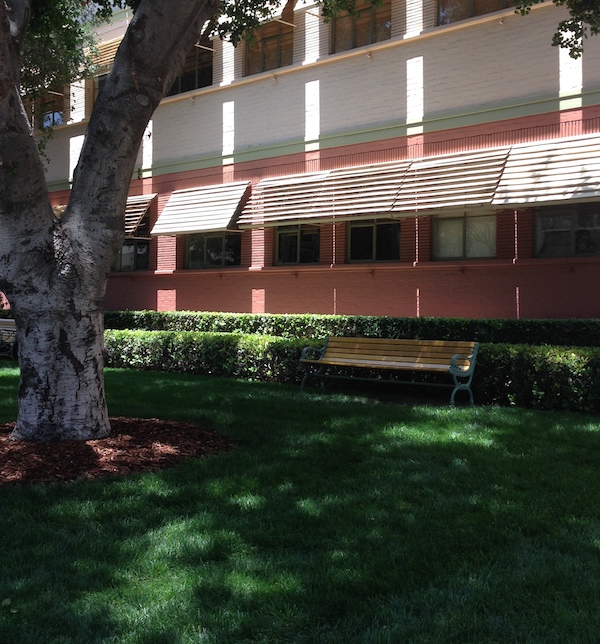 Long ago, when they used to ink and paint the animation cells, they worried about exposing them to weather. That’s why there is a tunnel between the buildings. It’s very cool and creepy down there. 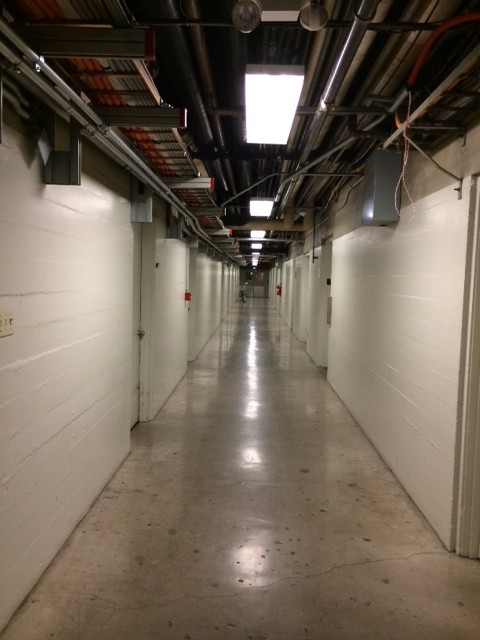 The front of the Animation Building. Walt Disney’s original office was on the second floor of this building, and the hallways have massive animation cells and images from the movies. 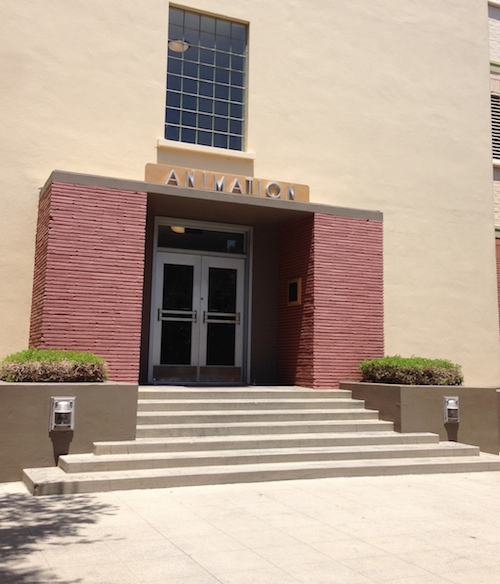 That’s all for today, but check back tomorrow when I post photos from the archives!