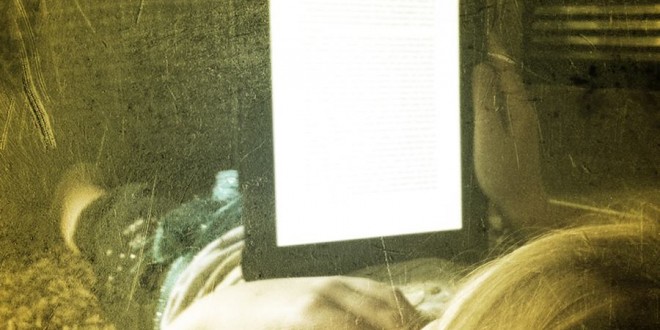 3 new gadgets that every parent needs

I envy those who can live life simply. I’ve read stories of how a family of 5 downsized into a 700 square foot house and just eliminated all of their excess clutter. The clutter in my house could easily fill two massive Uhaul trucks.

Despite my strong desire to reduce the piles of stuff that have accumulated as the result of marriage and the effects of four children, I am thankful for the items I do own. There are certain things, amidst the piles, that will bring a smile to my face every time I see them. These are the gadgets that every parents needs to own, especially if you have small children. Not only will they simplify your life to a degree, they will give you a hand up when you just need to get through the day:

Keurig Coffee Maker- Every mama should have a Keurig

Much has been made of these crazy little machines, and I will admit to being on the fence for a long time about them. I received one as a gift, and I let it languish in its box, firmly dedicated to my own coffee maker. But I like to try new things, and so I popped open that box and plugged it in. It came with the little packets that you need in order to make coffee (which is a good thing, because I certainly had no idea that I would need them) and I shoved my mug under the trough and I waited.

For someone who normally drinks out of supersized travel mugs, I was disappointed that it did not completely fill up my Tinkerbell mug. So I went through the process of adding water and let it run through again. And then I drank a glorious cup of coffee. It was so strong that I was practically outrunning the kids after, but that’s not a bad thing.

Pros of a Keurig Coffee Maker: Great tasting coffee that is fresh every single time. Doesn’t waste coffee if, for example, you are like me and you make 10 cups for every pot and you only drink 1/2 of that during the day. This thing also makes hot chocolate, tea, and iced tea.

Cons of a Keruig Coffee Maker: You have to fill it up twice to get a bigger cup of coffee, which is kind of a pain.

Hands down, the best gift I have ever, ever received has been an iPad. Although I went through a period of time after obtaining an iPhone 4 where I did not play with the iPad as much as I should have, it is the one gadget I own (after my family and pets were safe) that I would grab if the house was burning down.

Parents should have an iPad, not only for themselves, but for their children as well. I try to avoid letting my kids sit in front of a television. If the weather cooperates, I take them outside before anything else. If the weather doesn’t cooperate, I have my backup plan. There are apps on the app store for learning, exercise, playing, and apps for staying sane. You can read a book on your iPad, complete with backlight so you can read even if you have a kid sleeping between you.

Although there are many new tablet computers coming out on the market, I’d still recommend the iPad. The argument stating that the new Blackberry playbook uses ‘flash’ is pointless, as many sites are phasing out flash. Also, do you really want to share your tablet computer with your kid so they can play Webkinz? I think not.

If you don’t like feet, get a High Quality Steam Mop

This may seem a bit ridiculous considering the other two necessities I mentioned are non-housework oriented items that are typically deemed luxuries. However, a steam mop can truly be your new best friend. I used to use one of those rag mops with all of the string attached. I would slop it out of the sink and onto the floor, creating a huge wet mess that would take forever to dry. It is possible that I am just not very good at mopping, but the day I installed hardwood floors in our house is the day I picked up a steam mop.

You don’t need to empty a bucket or even bend over. Just plug it in and let it clean and sanitize your floor. Recently I caught my 2 year old on the floor licking it like he had viewed the cat do just five minutes before. Normally this would horrify me, but I was OK with it just because I had mopped only a few minutes before. Clean and fresh and free of foot tracks. Can you tell I don’t like feet?

Life is too short to not take advantage of new gadgets

Whether it is a hot cup of fresh coffee, a new app from the app store, or a floor free of footprints; these are the gadgets to make life easier and take the drudgery out of a parents day.