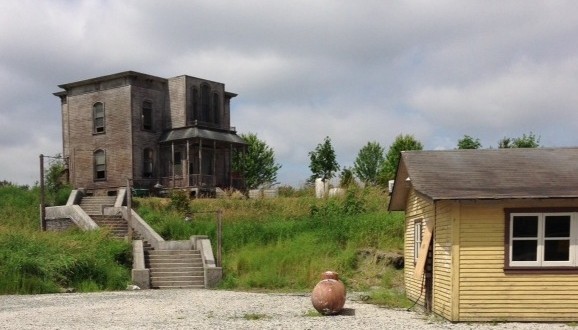 Filming begins at the Bates Motel film set in July 2013 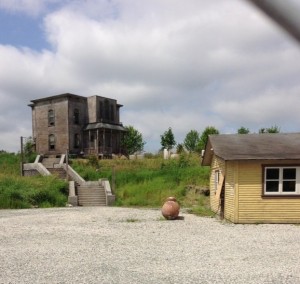 There’s even flowers on the deck of the house. How pretty.

To get to the Bates Motel film set, head into Aldergrove from Hwy 1 and take the 264th exit. Head straight down 264th until you get to 16th avenue and hang a left. Go straight down 16th until you see 272nd Street and turn right. The Bates Motel film set is directly across the street from the Langley Transfer Station and is surrounded by a wire fence.  Security is always on site, so stay away from the fence if you don’t want to get dirty looks.

Although this place is cool to look at during the day, there’s nothing quite like heading down there at night and seeing it all lit up. I’m not trying to brag for Canada here, but it’s so spooky it puts the original at Universal Studios Hollywood house to shame. The only problem is we don’t have a guy dragging a body out of the hotel at any given time like they do, but you never know with season 2.

Norman will be back in action starting mid-July 2013, and season 2 promises to be even more twisted than season 1. Check out the clip I shot of the Bates Motel film set this morning: