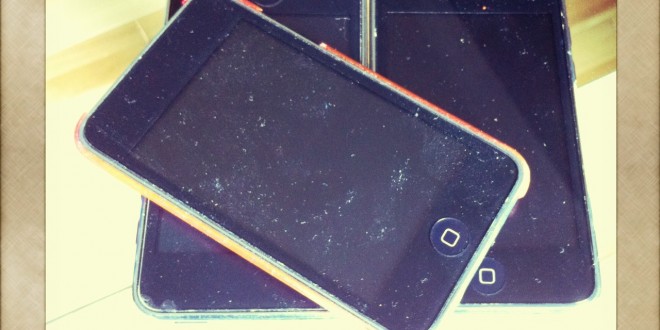 Cell phones can keep you sane, but will they fry your brain?

I remember the moment so vividly.

I answered my front door to find my husband’s friend standing on the steps. In his hand was a bright, shiny, slightly newer iTouch, and he was giving it to me.  Up until that moment, it never occurred to me that a small, thinnish piece of technology would drastically improve my life, but it did. Oh how it did.

I am one of many mothers who managed to survive endless hours of rocking, breastfeeding, and soothing in the dark with nothing to entertain myself but a random thought of dinner or could I possibly sneak out and put her down. I wasn’t resentful, I was just lacking entertainment.

When he handed me that iTouch, he opened up a portal to the world. No longer did I have to nurse my 4th baby for hours on end with nothing to stare at but the wall. And don’t get me started on the wonders of the app store. I’ve never been the same since. Mousewait, Huffington Post, Youtube. Bliss.

Of course, I progressed through the ranks of new technology quite quickly after that, and now I have a choice of what to pick up when I want to go and rock the little guy to sleep. Generally I choose my iPhone 4 over my iPad,  just for the fact that its small and easier to hold. I think though, I may be opting for the iPad more often now.

The World Health Association, in a study recently submitted for your consideration, showed that cell phones may be emitting radiation that is the same league as shoving your face near the car exhaust or smoking. This is bad news for anyone as addicted to Smart phones as most of us are. Although they have stated that further study is needed, it is a wake up call for many who have their cell phone attached to their hip.

* Side note: For comparison purposes, the Apple iPhone 4, 8G emits 0.974 and did not make the top 20 for highest amounts of radiation

Cell Phones that Emit the highest amount of radiation

Cell Phones that Emit the lowest-radiation

So how serious is this, and what does it mean for parents who rely on these phones as their main source of communication? There are three things you can do right now to mitigate your exposure to radiation from your cell phone:

It remains to be seen whether or not the World Health Association will place cell phones in a category along with gasoline fumes and smoking. At the very least, you owe it to yourself to decrease whatever risk may be out there, and that includes putting down the phone once in awhile.