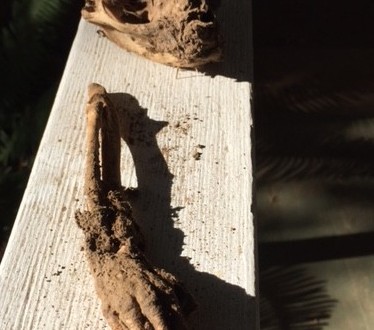 Dead things under my farmhouse

That’s a catchy title, isn’t it? Unfortunately for us, it’s also true.

I’ve been writing about restoring the 1920’s farmhouse we bought a month ago, and after a lot of demo, we finally got to the part where we’ve hired someone to come in and level our floor. The house was actually sinking 3 inches in the front and 5 inches on the one side, and after a little rooting around under there, we discovered the foundation was literally logs. 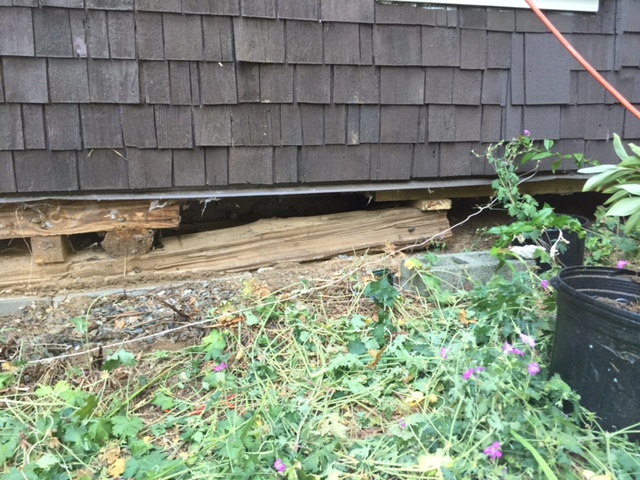 With a foundation that sturdy, we’d probably be slipping and sliding into the creek nearby in no time. Put that together with the fact that there is no insulation and nothing preventing animals from crawling under the house and you have the makings of an animal graveyard the likes of which I’ve never seen before and hope to never see again.

To fix this issue, we had to replace all of the floor beams and add a cement foundation underneath the house. My husband had to dig big holes in order to pour cement, and that’s how he discovered the animal graveyard. It was the only way we could fix the sloping and have a sturdy foundation, both things that are good when living in a house.

Now that you’ve got an idea of what we’re working with here, allow me to present to you: dead things we’ve found in the walls and under our farmhouse. Let me preface this by saying we have NOT moved into this house and have no plans to until it’s completely gutted and restored.

Let’s begin with the mud wasps: 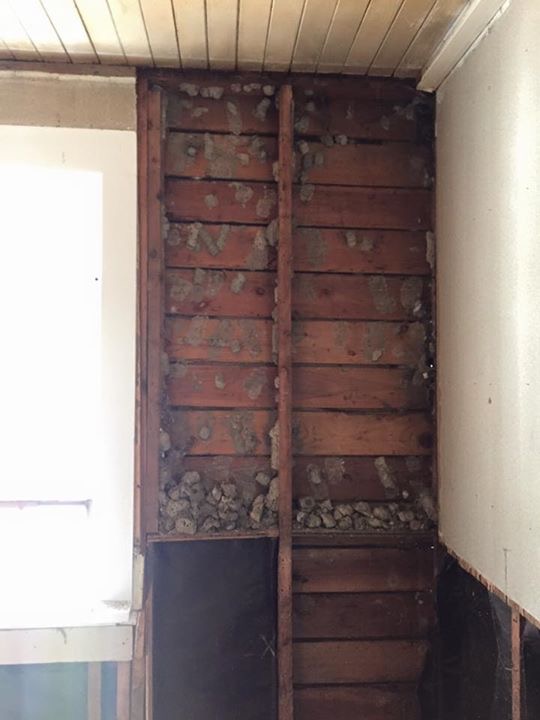 Those are hives for mud wasps, and the reason they came in was because there are cracks in the walls. Now the walls are sealed up, we won’t be living with that comforting buzz in the walls anymore. I’m a huge fan of white noise and all, but not this kind of white noise. 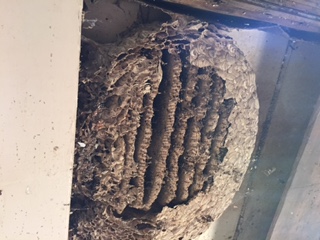 That’s another type of hive. I don’t know what kind though. Moving on to… 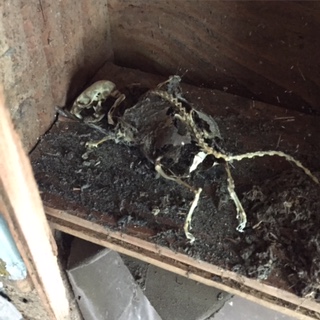 It might look big, but that’s because it’s on a built-in shelf of some kind. We believe this to be a rat. My 6 year old son was especially excited by this discovery because he studied dinosaurs in Kindergarten and is always on the look out for fossils. This is definitely a fossil. 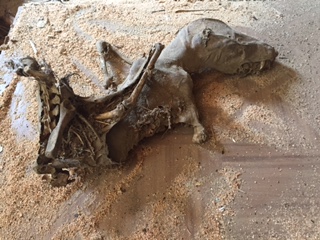 As is this. We believe this to be an opossum, and he wasn’t he only one we found under there. The tail of this thing reminds me of when you’re using a MOD on the Sims 3 and your Sims looks like a monster with long legs and arms.

There was a huge nest of these guys. Here’s what an opossum looks like: 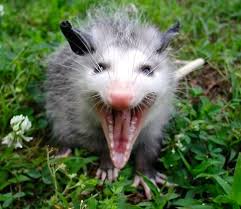 And here’s what we found: 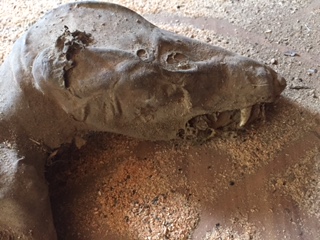 And this one (it’s kind of horrifying): 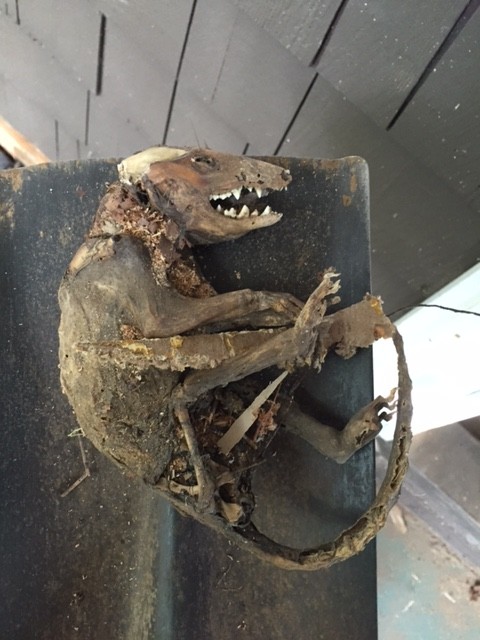 My theory: a nest of opossums probably crawled up under the house and made friends with the millions of mice and ants that already lived there. Times were tough or things got cold, and boom, you have a nest of dead animals under the house.

Moving on, my husband also found this. We aren’t sure what this is. 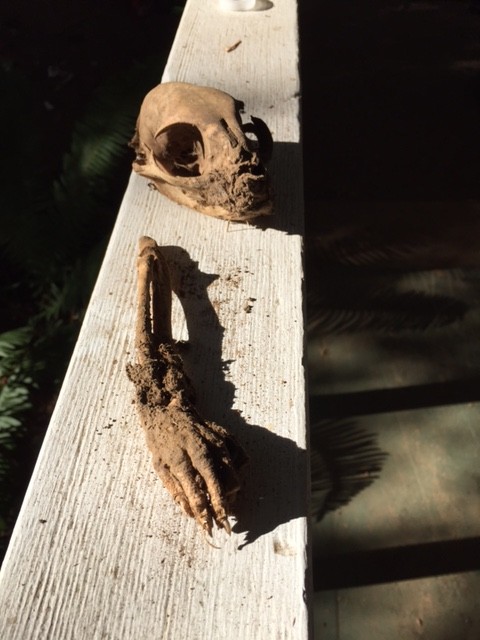 But when you zoom in on the claw, it’s pretty scary. 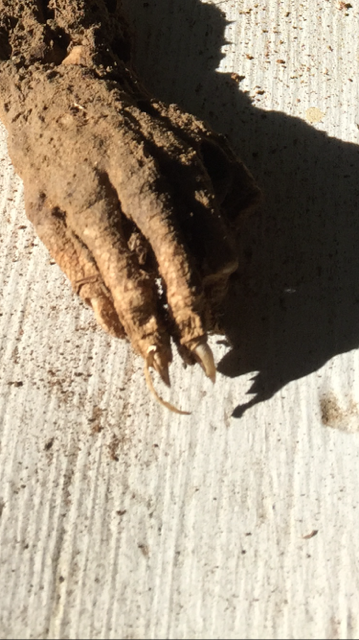 So what did we do with all of the bones and dead animals we found under the house? Buried them in a mass grave and said a prayer for them of course. Now that we’ve replaced the foundation and are shoring up the sides to prevent animals from entering, we shouldn’t have this problem again.

We also found some other cool things under the house: 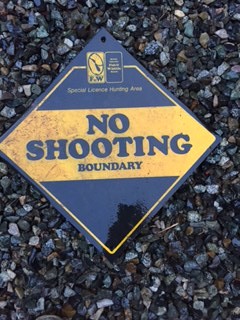 This was under the main log holding up the house, so it has to be old. I haven’t been able to tell how old though. We also found cans of maple syrup that were clearly from the 1930’s (this is Canada after all) and my son found a can of something he called ‘Pleasure beans.’ I have to clean the label to really see it though.

I’ve had people tell me I’m crazy and ask me flat out why we’d bother with all of this hassle, but for my husband and I, the bottom line comes down to two things: the land is worth having, and the house is worth saving. When I first looked at it I saw a lot of potential beyond the sloping, sagging floors and wood paneling, and although this has been a crazy journey, it’s one that’s worth having for 12 acres of organic farm land.

Tune in for more as we restore our 1920’s farmhouse.