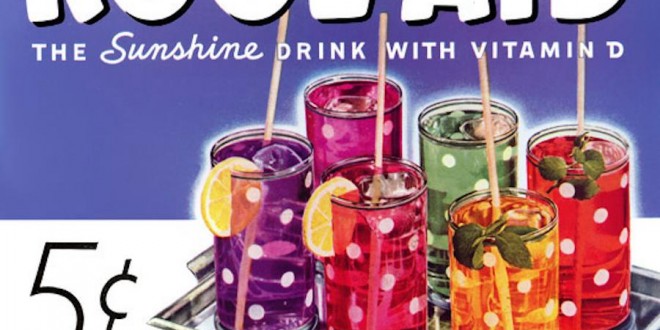 Attending a country fair just got a little more unhealthy.

You like the rides, the carnies, and the never ending jet stream of grease wafting toward you. It is safe to say that thousands of families will be packing up for the day and heading out to their local County Fair. But this year, you might want to keep your kids a foot further away from the food booths.

Despite the fact that practically everything that can be fried has been fried, including Deep Fried Twinkies, Lightly Crispy Snickers, and even a double fried krispy cream chicken sandwich with chicken as the wrapper, yet another crafty individual with a deep fryer has struck gold again. Deep Fried Kool-Aid has made its debut in California at the San Diego County Fair.

Inventor Charlie Boghosian rolls the Kool-Aid into a flour mixture and throws them in the deep-fryer. They look like Dunkin Donuts Robin eggs, and apparently they are delicious.

Although the approximate calorie content of Fried Kool-Aid is not known, a simple glass of grape kool aid has 16 grams of sugar. Add to that the fat from deep frying and some extra sugar that would be needed to balance out the greasy taste and what do you have? A ‘treat’ that would have you bouncing off the walls, or at the very least, making heavy use of those sanitary looking portapotties at the fair.

Stick to healthy treats when visiting the fair this year. A good choice is Corn on the Cob. Even a Caramel covered candy apple is better for your child than a deep fried Twinkie.

According to Web MD, here is the calorie content of some of your favorite County Fair treats. Bear in mind, deep fried Kool-Aid hasn’t been analyzed as of yet:

The moral of the story? Although it is tempting to try out the ‘delicacies’ at the local fair, if you don’t want your kids to be bouncing higher than the bouncy castle allows, you’ll steer clear of deep fried Kool-Aid.