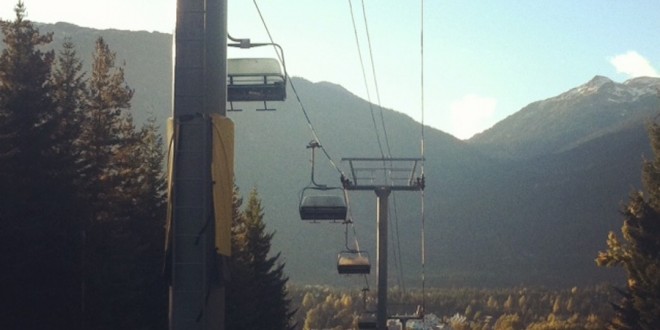 When you’ve got kids, you tend to choose hotels that have the convenience and accessibility required to get your family in and out of the hotel with relatively little scarring. And for many of us, these hotels also offer up a breakfast bar. While some may think this is a great perk to your hotel stay, I find that my toes curl up inside of my body when presented with a breakfast bar. And why is that? Let me share with you a few reasons why I dislike the breakfast bar:

Why, oh why do people just freak out at the sight of the waffle maker? The lineups for those machines is a mile long. Yes, I can see that the hotel is not offering up a different ‘main course’ for your breakfast other than hard boiled eggs, but is it necessary to wait a half hour for a waffle you could buy for $3 up the road? I actually heard a discussion taking place in a waffle lineup with two girls who were talking about how they wouldn’t ‘waste their time’ working for less than $10 per hour. The irony that they were going to stand in a lineup to for 30 minutes to score a ‘free’ waffle was obviously lost on them.

During our last hotel stay, my daughter made me wait in that lineup because she was on the waffle bandwagon, and when we got to the front the batter in the machine ran out.  You should have seen the irate people behind us. I was actually scared to leave my spot to go and grab someone to refill the machine, just for fear that I’d be side checked out of the way. And what’s even worse? It wasn’t a GOOD waffle anyway. For the amount of time it took and the lineup behind us, you would think that Wolfgang Puck was serving up those waffles with a side of caviar and perhaps a gold coin as a bonus. She took two bites and said it tasted plain. I tried it and found it a bit on the gluey side. Moral of the Story: Your time is worth more and the Waffle is often not worth it.

I know that the goal of the hotel is for people to have a light breakfast, but putting out tiny cups in the hopes that someone will only have 2 mouthfuls of juice or coffee borders on ridiculous. Use normal cups and I will only go back once or twice. Use tiny cups and you will see empties all over the place like a bunch of party animals had a bender in the hotel common room. I’ve seen someone crush a cup after drinking it, just like you would a beer, and toss it in the wastebasket then go for more. Moral: Tiny cups will not discourage coffee gluttony

I’ve often wondered how the chronological order of departure is decided in a full elevator. Who gets to depart first? The back, the sides? Does the pushiest get the spoils, meaning they get to get out of that tiny box before everyone else? The same can be said for the breakfast bar. The pushiest really do get the best treats. There can be a lineup to get into the breakfast room, but once you get in there its every man for yourself. Seriously, grab your kids, because Heaven help the person who tries to get in the way of the herd when new Cinnamon buns have been put out.  The lineup for the conveyor belt toaster and juice machine goes straight out the window and there is pushing and shoving all over the place.  For this very reason, I leave most of my kids in the room and just grab them what I can. I’d starve before I’d shove someone for a cheese danish.

I cannot blame these people. This must be the most stressful job in the hospitality industry. That guy that brought in the waffle batter when the machine was empty was widely reviled by the crowd. Mutterings of “It’s about damn time” and heavy sighs were what greeted him, and I honestly felt sorry for him because a.) I didn’t give a crap about the waffle in the first place, and b.) in the grand scheme of things, waffles are about as low on the totem pole as cold hashbrowns. They just aren’t worth the anger directed at these poor souls. This young man retaliated by taking 10 minutes to fix the waffle batter spout, which was clogged with what I can only assume was the glue that would bind the whole thing together.

The bottom line is that there is a common belief that you save money by not having to buy yourself breakfast in the morning, and it’s just easier to eat the hotel. It’s good to note that the breakfast isn’t ‘free’, the cost has been worked into the cost of your stay as an convenience charge or some such thing. Yes, it would be more expensive to eat elsewhere, but you should ultimately decide for yourself if the hassle of the communal breakfast bar is worth it. For me, not so much.

Previous RIP Steve Jobs
Next Win a copy of Chicken Soup for the Soul: O Canada