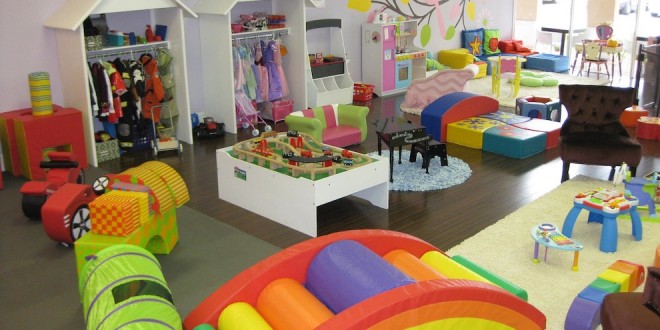 There is a restaurant in Anaheim called Joe’s Crab Shack. I love this place: Not just for it’s proximity to the happiest place on earth and not because the surf and turf was one of the best I’ve ever had (scoff if you must, and I’m from Vancouver. We have fish here too). No, I love Joe’s Crab Shack because they have an outdoor playground for the kids. You can sit at a table and watch your kid’s have fun, all the while enjoying your meal without having the constant dump of milk in your lap or the screaming fits of a toddler that wants to run around the restaurant.

The concept behind Joe’s is simple: Provide a way for the kids to enjoy themselves too and parents will spend more money. It makes me wonder why other restaurants don’t follow suit and add some family friendly additions. Not everyone can add a playground but how about:

Under the table play areas

How many times have your kid’s gone under the table and switched sides of the booth or chairs? I’ve lost count, and I find it really annoying. What they need under there is a piece of plexiglass blocking the kids from getting out, and a bunch of toys. Like a playpen under the table. This idea could be complicated if someone is so disgusting as to put gum under the table and your child decides that picking at the blob is more fun than the toys.

Family areas with slides and a ball pit

Nicer restaurants could take a cue from McDonalds. Kids love to go there because they can play, and parents are forcefully dragged along because it gives them a break. But who actually wants to eat there? Healthy new options or not, I still want an explanation as to why those french fries that my toddler dumped behind the TV stand 2 months ago are still intact and not moldy.

If a restaurant with actual decent food would do something like this, even on a smaller scale, I’d be there with bells on.

Why not add an hourly daycare like Ikea has, where you drop the kids off and get a pager? Then you eat in peace and quiet, and after your waitress gets a big fat tip because it was the most relaxing meal you’ve ever had. You could even wear something nice, like the color white.

Think of the rush in business. Think of your shiny new Zagat rating! People would come in droves.

If a restaurant would have some of these things, I would give up cooking and be there all the time. Despite what my husband says about my meal plans, I have to agree with him that I just really want to eat something that actually tastes good for a change.

Until then, I’ll be the person sitting at McDonalds with a diet coke while I try to convince my children that apple slices taste the same as McDonalds french fries.