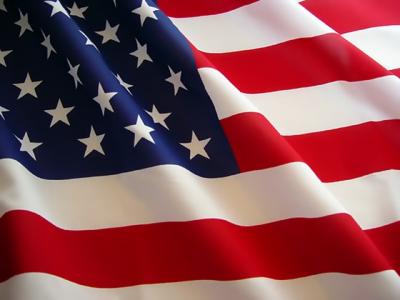 I followed US Politics for 2 months straight, and I didn’t even get a Barack Obama tshirt

I haven’t been writing as much in the past month. This might be partly due to an obsession with Ghosts of Mistwood on Facebook (Must.Clear.Fog), but mostly it was because of US politics.

You see, I have this habit of reading on my phone at bedtime. When I could otherwise be sleeping in hopes of restoring myself enough to take on the dramas of several small children at the ungodly hour of 6 am, I instead tuck myself into my bed and turn on the newspapers.

Now let me just say that I made it a point for many years to avoid the news like a pms’ing mom avoids the local playgroup. I never, ever watch local news (gruesome, too close to home, too much discussion of rain in the forecast) and rarely watch national news (unless Jon Stewart counts? Then I watch the national news ALL THE TIME).

But something miraculous happened when I got a smartphone a few years ago. I tuned in again, because with apps for every major newspaper from here to Transylvania (it’s true, look it up), it was hard not to find something to read. And I do love to read.

I was already hooked on apps like Huffington Post, NYT, and LA Times when the election came rolling into the forefront of my reading list. And what started as an innocent article here and there about various platforms and promises became a full blown addiction to constantly being updated with the opinions of pundits, candidates, and analysis of out-right, dare I say, crapola being thrown onto every major news website from here to Vlad the Impalers house.

From reading, I wandered into television. I watched the first debate whilst situated on a bench in Chuckee Cheese, partially enjoying the sight of my children running away in terror from a large rat with tickets bursting from his pockets (score one for Mickey Mouse). And I watched every other debate thereafter, plus the hours of analysis from people who just really needed to fill airtime.

So I read about politics for two months straight, morning, noon, and night. By the end of it, my eyes hurt, my head hurt, and I was left feeling as bloated as that guy who did the documentary on McDonalds (only when my post-election mental hangover kicked in, I still really, really wanted some greasy French fries).

What did I learn for all this, you may ask? Here’s a few things I picked up:

Scoff if you must, but they really are. Some of the things coming out of Mitt Romney’s mouth during the 2nd debate were cringe-worthy Pinocchio sized lies.  How did I know? Because I went back and read his Op-ed in the New York Times on how he would bankrupt the auto industry, then I watched him say he wouldn’t have done that. Just an example, but you get the idea.

You could practically see his nose growing, and the more he lied, the more he smirked. I don’t know what was worse honestly – The lying or the smirking.

The media covers up lies.

When there is an election, the nasty people in the world feel like it’s OK to come up out of the sewers they live in and drop their invisibility cloaks. Then, they inhabit the New York or Washington area and call themselves ‘Pundits,’ booking themselves on talk shows where we’re supposed to listen to the BS they spout as though it’s actual fact.

Actresses (I won’t call them celebrities. I reserve that title for old Hollywood and actual celebrities. Think Reese Witherspoon or Jennifer Aniston) like to share their opinions publically about who they are going to vote for and why, then are surprised they get slaughtered on Twitter. I don’t partake in verbal slaughter, or even tweet celebrities (although I did tweet Nia Valderados one time, and she replied! Very cool).

Americans are surprised we care about their election, and maybe other people don’t care as much as I did. I was so relieved and teary when Obama was reelected I actually surprised myself.

But I love the USA, I really do, and after all of that reading, watching, and absorbing, my main conclusion was that a GOP win would tear it all apart. Everything just didn’t add up with them. Not once.

Will I be following another election in four years? Maybe. I’d say the odds are high. Now that I’ve started, I can’t stop. I don’t read as much anymore, and I’ve wandered back into my other favorite areas of news like Technology, Entertainment, and Celebrity, but I’m still there following along.

Plus, if it’s a match against Joe Biden and Sarah Palin, it will be such a train wreck I won’t be able to help myself.