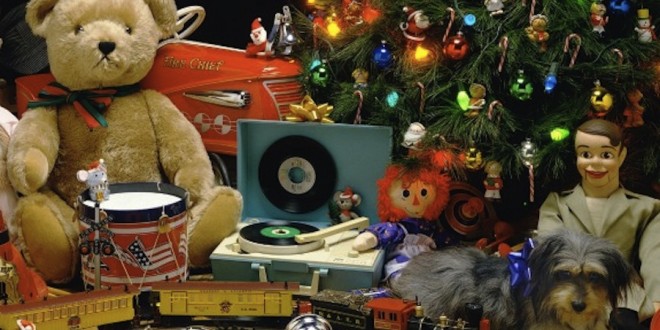 In the past few years, it seems as though I barely have my jackolanterns mulched up in the yard waste when I am hit by an onslaught of toys. Toy flyers in the mailbox, on the door step, banner ads all over my computer; it is a veritable festival of toy marketing. And I’m OK with it, because I’m a Mom of four, and quite honestly I need all the help I can get.

But my favorite out of all of the toy marketing plans is the “Hot New Toys” lists. These are wonderful things, not only because they vary in their choices, but because in so many respects they are dead wrong. I’m not talking about the hot toys lists that are provided by retailers, because let’s face it, they would know. No, instead I am thinking about the toys lists provided by news outlets who are occasionally grasping for a story. It’s fun to read what construes someones list of ‘hot’ toys. Maybe it’s that I have a rather strong standard for a hot toy.

A hot toy must be popular. In fact, it must be so popular that it shouldn’t even be on the shelf when I go to look at it. To be a hot toy, I must spend hours of my time going from store to store or surfing the web at 2 am, hunting for said toy. It just wouldn’t be Christmas without that stress.

The toy must also be something that I would consider playing with myself. I have spent many a Christmas eve setting toys up and reliving my childhood with a Barbie dream house or a pile of doll clothes. It’s ridiculous and amazing, all at the same time.

And so, when the new hot lists come out I’m truly interested, because among the obvious “someone is paying someone else many thousands of dollars to focus on that mess and get me to buy it” toys, there is always a gem or two. But you have to sift through the rubble. Case in point? Check out a few of CBC News Hottest Gifts of the Season. There are a set of ‘action figures’ based on little tiny men riding camels. Should I purchase? I think not.

My favorite list this year comes courtesy of CNBC, who, not unlike celebrity paid appearances,  must have a few retailers paying for the mention. Are these hot toys? My opinion is no:

From the makers of Zhu Zhu Pets, who discovered that rabid, gift hungry parents paid any amount of money for what amounts to an electric hamster. Let’s face it, real hamsters aren’t that much fun either. When everyone was stampeding over each other to get to these ridiculous things, I just remembered the Tickle Me Elmo phase and laughed as I walked in the other direction.

At any rate, Zhu Zhu’s creators are hoping to strike lightening twice with the Xia-Xia Hermit Crab in a bag. They really don’t appear to do anything. I’ll give them points for being cute, but that’s it.

I like their copy with this one, “If you’re uncomfortable handing your four-year-old your iPad, here’s a solution.” I agree, but I am not so much uncomfortable handing my 4 year old the iPad as I am the 2 year old. However, having lived through a few heady iPad dropping experiences (including one epic crash on Main Street of Disneyland where I didn’t realize he dropped it and I rolled over it) I’ll take my chances. The problem with these types of tablets is they have restricted use, and your 4 year old will realize that pretty darn fast, then head over and ask you for your iPad again.

But a hot toy list wouldn’t be complete without a few actual winners. These are my pick for cool toys this Holiday season:

This just takes Lego to another level. You have Lego, which is always cool, and aliens, which never get old. Mix them up and make your own alien aircraft? Christmas just became wonderful! Enjoy your eggnog laced coffee and a few moments of solitude while your kids build the next invasion quietly on the floor.

Winner, winner, chicken…well you get the picture. A ball popper is a must-have in any house with young kids. When I say this will keep a baby or toddler busy for awhile, I’m not kidding. I clocked my 2 year old at 30 minutes one time before I took it away, worried that all the popping was going to give him vertigo. In fact, my older kids got into the action and fought over it. I had to break up toddler brawls all over the place on several occasions, just because they came to blows over who got the red ball. Our ball popper met a untimely demise when someone stuck silly putty and a toy car down it’s tube. Hopefully this elephant is more durable.

And last, but definitely not least, here’s a toy that wasn’t on CNBCs list but deserves a mention for being so insane:

This is an inflatable clown fish that ‘swims’ through the air. Controlled by a remote, you can bounce it off walls and not worry about hurting it, because it’s a balloon! Pretend you have your own aquarium, right in the air! Umm, no thanks.

If I saw this crazed looking clown fish coming at me, I’d probably cower in fear. This is the type of toy that haunts your dreams, or at least scares the daylights out of you if you are having a nap on the couch and you wake up to see Nemo floating above you.

Tis the season to be frantic, because Christmas shopping is upon us once again. Here’s hoping that yours is more fun and less crazed, and may all of your hot toys be easily found this Holiday season.