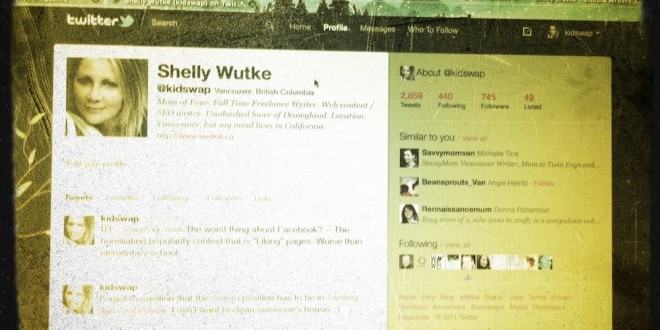 You know that sinking feeling you get when you are all dressed up for some event and realize that you are either dressed in the wrong gear or worse, you are horrendously late for the festivities?

You’ve made an effort to extract the yogurt from your hair, and even put on some makeup so you don’t look like one of the zombies you half expected to pop out of the ground on May 21st.  Having your best face forward, you are ready to greet the world. But the world has gone by you already, the party already started, and now you have to run (in high heels no less) to catch up.

Thus explains what it must be like to drop into the social networking world today. You’d almost feel 3 years late to the party, and the overwhelming aspect of it all explains why 60% of Twitter users quit after the first month. But it doesn’t have to be scary, and although it does take awhile to build up a follower base (unless you are someone who is #bi-winning and has several Goddesses to tweet about), Twitter is worth the effort you put into it.

So how do you jump in feet first? By following these three golden rules:

Twitter can be part of a fun and fulfilling social networking life. In many respects, Twitter has replaced our need to pick up a phone and have an actual conversation. It can have a short conversation between changing a diaper or zone out while I am sitting at Go Bananas, again. Even if it makes you smile or connected once in awhile, social networking will have done its job.

Go forth and Tweet. You’ll be glad you did.