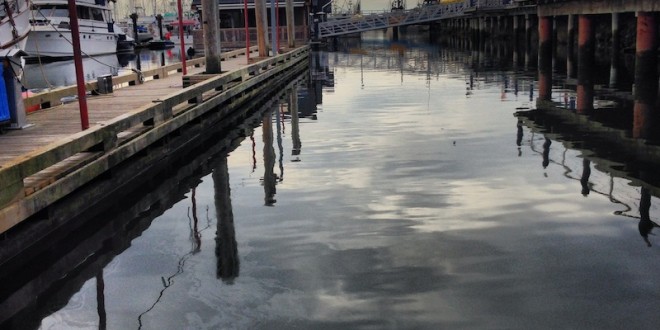 LG G2 review – Get ready to give up your current smartphone

The LG G2 has a brilliant display and features that make it one of the most interactive phones I've ever tried.

I’ve always been someone who finds something I like and sticks with it through thick or thin. Take food for example – because I was brought up with simple food from the Prairies, the idea of trying things like sushi or…well anything other than 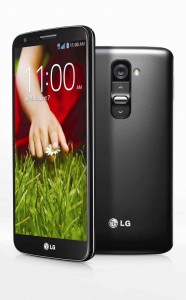 meat loaf and mashed potatoes felt really insane to me after I moved to the West Coast. My parents even served potatoes with spaghetti. I’m not joking. Dinner was a veritable white out of starches.

This same life philosophy of ‘never expand your horizons’ has also applied to technology. For many years, I’ve only had Apple products, and although I picked up and played with a lot of different phones along the way, I never seriously considered branching out beyond the iTunes store. I assumed anything that wasn’t Apple wouldn’t work seamlessly with what I already owned, so it wasn’t worth the trouble of veering off path.

Wow, was I wrong.

This past week I’ve been testing out the LG G2 smartphone, and I can honestly say that this is the one Android phone that may cause me to take a permanent break with Apple.  I’m sure Apple will understand.

I actually have an LG TV, so when I was asked to write up a LG G2 review my first thoughts were that it was going to have an amazing display. But in the same way I wasn’t quite prepared for what my TV looked like when I put it up on the wall (amazing), I was shocked when I sat down and watched a YouTube video on the LG G2.

With a 1920 x 1080 display and a seriously thin profile, when you watch videos on the LG G2, all you see is the video. It’s so vivid, bright, and clear, it’s actually difficult to describe. You really do have to see it for yourself, and whether I was watching old movies (can you say Paul Newman in HD?) or Disney HD videos (a family favourite), everything was sharp, clear, and completely amazing. I had to keep reminding myself that this was actually a phone, because watching it felt like a tablet.

One of the coolest features on the LG G2 is the rear key feature volume and on/off. Although most phones have a button on top of the phone to tap and volume on the side, having it on the back actually makes the phone easier to control and use with one hand. Plus, having it on the back means you don’t use up any precious screen space for volume controls. And with a screen like this? That’s a huge bonus. 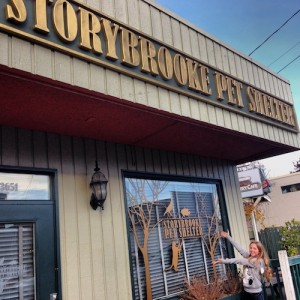 Because we live in ‘Hollywood North’ out here near Vancouver, we’re treated to film sets here and there. This past weekend we headed out to the Once Upon a Time set in Steveston to check out the store fronts and spots they film. We are HUGE Once Upon a Time fans, so I knew we’d be taking a lot of pictures and that this would be a great place to put the LG G2 through it’s paces.

First off, let me just say that the LG G2 has a serious camera on board. It has a whopping 13 megapixels on the rear and 2.1 megapixels on the front, and compared to my iPhone 5 with 8 megapixels? Seriously, you just can’t even compare. The LG G2 also has some cool camera features including Object Tracking so you can zero in on a moving object and audio zooming, which blocks out background sound and lets you focus on what you actually want to hear.

So off to Storybrooke we go with both the LG G2 and my iPhone in tow, and within ½ hour my iPhone was planted firmly in the bottom of my bag and we were committed to snapping photos until the LG G2 battery drained or it ran out of space – whichever came first.

We were there for hours, because for diehards there was just too much to see, and because it’s winter it started to get dark before it was time to head home. This was the perfect time to try the LG G2 in low light, and it produced some of the coolest landscape shots I’ve ever taken.

So photos are amazing, the display is, quite honestly, shocking when you measure it up against other smartphones, and the rear button is a pretty cool feature, but there is more to love when it comes to the LG G2. Here are just a few of the features I was so impressed with:

When you’re a hardcore Apple geek the way I am, it’s a big surprise to find a smartphone that you’d actually switch teams for. But after a week of using the LG G2, I find I’m reaching for it more than I do for my iPhone and that’s a huge shock.

My job is product testing/product reviewing, and because of that my job is also to send products back when I’m finished giving them a go. Usually I’m OK when I ship something off into the sunset, but I’m going to be really sad to see the LG G2 head out.

But lucky for you, SavvyMom and LG are pairing up to giving away one LG G2 to a SavvyMom reader. This phone, valued at $799.99, will change the way you look at smartphones. Seriously. Head over to the contest right now and throw your name into win.

Bottom line: For cool features, amazing display, and awesome camera, the LG G2 scores a 5/5 with me.

This post was generously sponsored by LG G2, but the opinions and images are my own. For more information, visit www.lgg2.ca <http://www.lgg2.ca>