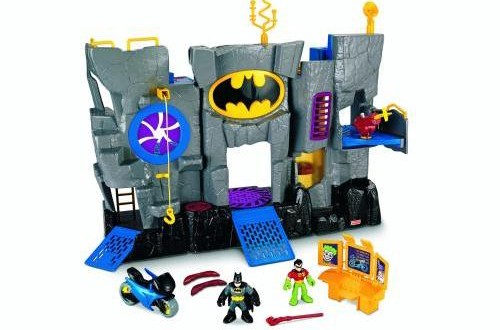 This is the story of 4 pillow pets. No, they weren’t just any old pillow pets (are there just ‘any old’ pillow pets??) – these pillow pets, Marie, Bullseye, Perry, and Tigger, are special. Special because they went on the most epic journey a pillow pet can take, starting from Downtown Disneyland, and still made it back to our place so we can put them under the tree for Christmas.

Seriously, they must have been exhausted with the journey they took to get home. I know I was after it was all over. 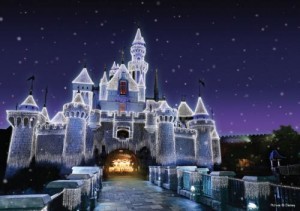 We’d been in Disneyland at the beginning of December as a treat before Christmas (translation: a treat for me, because I’m the Disney fan in the family), and because I hadn’t done any Holiday shopping before we left, I started to feel that “frantic feeling” while I was down there. You know that feeling – where you have a bunch of kids counting on you and you literally don’t have a single gift to put under the tree yet. My mind was edging to pinecone crafts and clothes, so the situation was dire.

Time was running out, and I did what anyone else would do in that situation – I started buying gifts while on vacation, reasoning that I could just pack an extra box of stuff and check it through the airport.

Although most of the presents I picked up were small, there were four important stuffies that needed to come home with me. My kids swore that pillow pets weren’t available anywhere else, that they were a Disney ‘exclusive’ and they HAD to have them. If I asked one of my kids what they wanted to buy for the other, it was always a pillow pet. 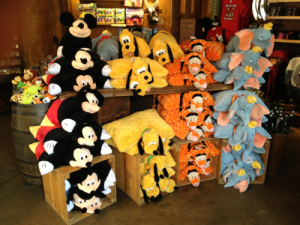 So Pillow Pets it was, and after I managed to haul the box through the airport and check it as luggage, I was pretty happy with myself. I managed to get them all exactly what they wanted, and all it required was chasing four kids through an airport while lugging a box. And a stroller. And 4 suitcases. Piece. Of. Cake.

Once we landed in Seattle, we waited by the luggage carousel for our bags. One by one they came off, but no box was in sight. Wandering over to the oversize luggage, I waited there for ½ hour. Nope, no box.

An hour later I was leaving the airport boxless and in a bit of a panic. The airline didn’t even know where it could be at this point, and we were driving directly back to Canada from Seattle.

2 stressful days later, I received a phone call from the airport. They’d found the box! After a day to sort out how I was going to get there, I was on my way back to the airport. Once there, I parked in the hourly parking and ran into get that box of pillow pets.

I was overjoyed! It felt like Santa was waiting inside with a gift just for me!

After waiting almost an hour for them to sort out where it was and actually give it to me, I headed back to the parking lot and my van with this prized box of pillow pets in my hands. Putting it on ground outside the van, I fumbled for the keys for a few minutes.

And then I drove away.

I bought those pillow pets in Disneyland, hauled them through an airport, lost them in an airport, drove hours to get them. And then I left them in a parking lot?

I realized what I’d done about ½ hour outside of SeaTac airport. Doing a uTurn on the I5 is NOT easy by any means, and I was completely panicked that I would never see those pillow pets again. I will admit shedding a tear for my lost pillow pets. I knew it was insane, but I was past the point where I could acknowledge how ridiculous it was. I just had to have them back.

Pulling back into the airport parking lot, I drove straight to where I had parked the Van. To my complete amazement, there was my box, right where I left it.

Grabbing it, I hauled it into the car and put it right on the seat next to me for the entire drive home. There was no way I was going to let it out of my sight again. And I managed to make it home with all of them intact. What I wasn’t sure was whether I was intact.

That was, by far, the most stressful experience I ever had Holiday Shopping, and I was never more relieved to wrap up anything and put it under the tree. But the look on their faces when they unwrapped them? It was all worth it.

Thankfully this year, I’m all set for the Holidays, because I’ve already hit up Mattel Hot Holiday Toys and picked up quite of few toys from their Hot Holiday Toy Guide.

From Thomas the Tank Engine to all the cool accessories for the DC Superfriends Bat Cave they were awesome enough to send out, (can you say Dr.Freeze?), my 4 year old and my 7 year old have picked and choose so quickly that Holiday shopping was a no-brainer this year. Even better? Mattel gives you ideas with their easy to use gift guide and you can make your own Wish List, right on their website.

We’re big super hero fans over here, and my boys love all things Bat Man. We’ve had the older version of the Bat Cave for years, and we bring it out and set it up whenever they all want to play together. The new Bat Cave is even cooler, with an elevator, motorbike, and a grappling hook. 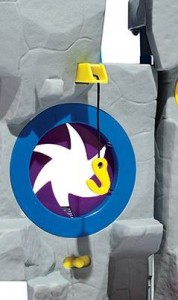 My 10 year old son lost it when he saw the grappling hook, and reminded me that he’s asked me several times to order him one off of eBay. Umm, no.

What I really love is how they’re selling the characters for these sets as separate mini-figures, because those make great stocking stuffers too. And when you want to expand upon playtime, just expand the set. Adding the Joker Funhouse is an easy way to keep the fun going for hours, and he’s currently wrapped up and hiding in my closet for whenever I can manage to put the tree up.

So I’ve learned a few things after ‘the pillow pet’ fiasco. One, get your hands on their gift lists early. Two, shop close to home or online where things can be shipped directly to you, and three – watch out for great toy deals early in the month, but also keep your eye open for early-bird deals. Yes, you might have to wake up in the wee hours and stand in line, but I’ll take standing in line over losing gifts at the airport, twice, every time.

Happy Holidays! Be sure to check out #HotHolidayToys on Twitter and keep up with what’s flying off the shelves this Holiday season, then check out Mattel’s Gift Guide and save yourself some shopping stress!

“Disclosure: I am part of the Mattel Holiday Blogger Campaign with Mom Central Canada and I receive special perks as part of my affiliation with this group. The opinions on this blog are my own.”