More Apps that need to be made 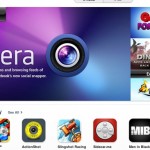 Apps that need to be made

Apple recently added an ‘Editors Pick’ to the App store, as well as a few other changes that I probably should notice but haven’t for one simple reason. When every single day you’re hit with “There’s an App for that”, I can’t help but thinking there really isn’t. I can’t go on the App store without thinking of Apps that just aren’t there but should be. I’ve written about some of my ideas before, and was surprised to receive a bunch of emails from random people who wanted to create a few of them (read the article and you’ll see why I laughed).

What Apple really needs is an area called, “Apps for Moms,” and then they need to fill that area with practical stuff like this:

You want cookies, don’t you? Of course you do. Cookies are great, and when you’re hungry, it’s one of the easy things to grab (well, so are carrots but they just don’t taste like cookies).

If they could rig an app to provide a mild, electric shock when we went near the cookie jar, this would be a great way to avoid it altogether. Who wants to get shocked? Not me. Of course this would wreck havoc with the battery source on my iPhone, so shocking is probably not such a great idea. Maybe it would make pig sounds, like that cookie jar I saw once and bypassed in favor of Mickey Mouse.

You already have that

How many bottles of salt do you own? How many bags of sugar? Have you bought lemon pepper three times because you hardly ever use it and you don’t think you have any when you do? Probably, so an app like “You Already Have That” would be amazing. It would wirelessly scan your groceries and everything in your cupboards, then when you go shopping, you can easily check your personal food inventory and avoid buying duplicates.

Of course, organizing your cupboards would probably take care of this situation too, but who has time for that?

I could go on and on and on. I have a list of Apps that involve smells too when they advance technology a bit more.

Let’s hope Apple is listening. In the meantime, check out the Editors Choice section and share any hidden gems you might find.