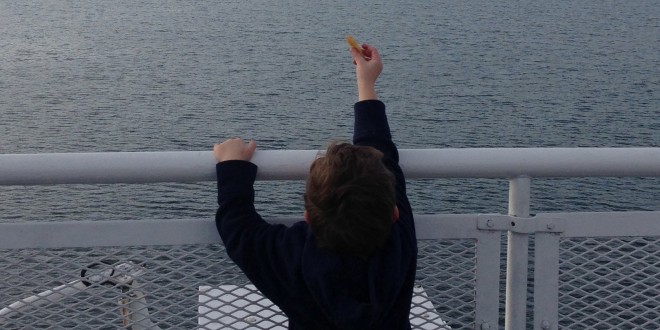 My child is a late talker and he turned out fine

My child is a late talker.

I’m watching my 3 year old son haul Christmas decorations out of the corner of the garage. Although the sun is blazing in the sky 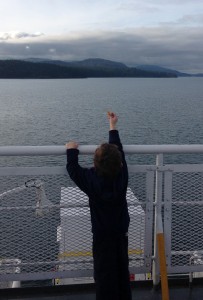 and we’re experiencing one of the warmest days on record this year, my little man is singing Jingle Bells as he sets his Santa and ribbons up on the grass. As I sit with him, he chats a mile a minute:

“Gogo wants to make Christmas Mommy.” “Are you having a good day Mommy?” “Gogo wants to ride his bike.” “Ouch, there’s a bee!”
For me, this is pure music to my ears. I haven’t quite gotten over the thrill of listening to him talk. When I wrote ‘2 years old and not talking. New Study says not to worry‘ several years ago, I worried that he never would. After all, I had friends, neighbors, and relatives telling me I should have him checked for Autism (I did, they said he was a late talker), spent hours researching things like Einstein Syndrome (I love history anyway), and had his hearing checked by his doctor and a specialist (Now I wonder why I worried, because he can hear a train coming before I even register it myself). We’ve gone and will continue to go for periodic checkups with speech therapists, because my older kids had speech issues when they started school and the resources are available to us.

It was slow progress. I’ve read that some kids just suddenly start talking at two or three, that there is an explosion of speech in a non-talking two year old and they were having full conversations. It didn’t happen like that for us. There was one day when I was chatting with him, asking him questions, and he was responding with something that sounded like “Of Course.” So I kept asking, and he kept replying that way. To this day, if you ask him a question, he’ll answer “Course” as the affirmative. It’s cute. I’m sure he’ll outgrow that too, just like my now 7 year old used to call his elbows ‘kneeballs.’

Other interesting ways he’s phrased language include talking about himself in the 3rd person. He calls himself Gogo, which is not his name but I’m OK with this. It suits him, because he’s one of those kids that will jump, run, climb, and ride over anything. He even ditched his training wheels last week, and he’s not even 4 yet. He’ll also have an entire conversation with anyone about Pirates of the Caribbean and Captain Jack Sparrow, although he hasn’t seen the movies. He just loves Captain Jack, and will talk about gold doubloons, scurvy pirates, and the Jolly Roger all day.

So for us, the study I based “Two years old and not talking?” on seems to have rung true. He has almost caught up with other kids his age, although there are certain things we still need to work on, and I’m sure by the time he starts school he’ll be exactly the same speech wise.

If you’ve had a late talker who’s bloomed over the past few years, what’s your favorite part of watching them grow up?

Update October 2014 – My son is now 5 years old and he started kindergarten full time this past September. To say that he talks in full sentences would be an understatement. The child who practically wouldn’t utter a word until he was 3 years old now tells me he needs to have a ‘conversation’ with me about his favorite game and that he ‘doesn’t like where this is going’ when he’s in trouble for something.

According to his new teacher, his vocabulary is above average.

Hugs to all the worried moms who might be reading this.