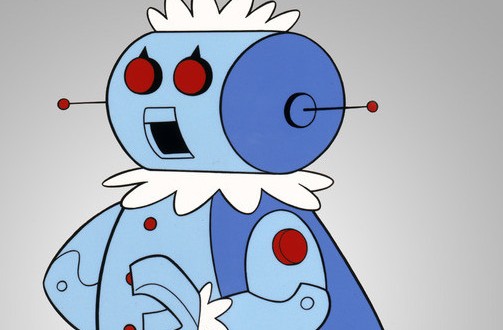 When it comes to Neato Robotic and iRobot Roomba, I choose the Roomba.

In the grand scheme of things, I’d like to spend less time cleaning and more time doing other stuff. Like sleeping. Or, well, just not cleaning.

So I was happy when Best Buy asked me to test out the Neato Robotics XL Signature Pro Robot Vacuum. I’ve tried the iRobot Roomba, and one of my favorite parts of any day was watching that little guy skittle across my floor in random motions while scaring the life out of my cat and deeply intriguing my dog.

We won’t discuss (that much) the pros of owning a robot vacuum – walking into a house with clean floors and you weren’t even home, the cool Jetson like vibe you give off to your friends, and the entertainment of watching your dog or endlessly sleeping cat perk up and/or recoil in horror because there’s a new ‘pet’ in town.

Cons? I don’t have to vacuum. I see no cons here.

Now that I’ve tried both versions, I’m qualified to throw these two into the ring and weigh them against each other. Here is a no-holds barred look at Neato Robotics vs iRobot Roomba robot vacuums:

Neato Robotics are similar to iRobots in that they are a low profile robot vacuum with powerful suction, but Neato products have the distinction of having an LED screen whereas the iRobot does not. The LED screen is really handy when trouble-shooting what is wrong with the vacuum. Take what will forever be known as the ‘Woody incident’ in my house. Neato had just started to clean the floor when he ran into a stuffed Woody toy. Promptly sucking up his arm, Neato started honking and beeping from the hall and when I looked, I received an error message asking me to please remove whatever was blocking his brush.

Mass panic ensued with my little guy, as he thought Woody was ‘gone forever’ and that the robot vacuum was a ‘creeper’ who ‘ate Woody.’ Note to self: Keep him out of the room when his older brother is playing Minecraft.

Once Woody was dislodged, Neato went about his business as usual.

The LED Screen is handy. Score one point for Neato Robotics.

My biggest criteria, along with being able to clean my hardwood, is that the vacuum take a go at my shag carpets. Now I don’t have shag the way the 70’s had shag (meaning the robot vacuum doesn’t need to crawl the wall like it would in my childhood home. Not kidding. It bright orange shag carpet and it was EVERYWHERE). My shag is a high-pile, tasteful Martha Stewart shag, and we all know Martha wouldn’t do anything that wasn’t tasteful.

The iRobot blasted over my carpets, picking up pet hair, leaving those nice vacuum lines I love to see when I haven’t lifted a finger, and basically not struggling at all. In contrast, the Neato Robotics XL Signature Pro really struggled on those carpets. It’s brush squealed like a baby piglet at first, and although it did quiet down, it was loud the entire time. It did manage to clean the rugs though, it just clearly was not having a good time of it.

Score one for the iRobot Roomba

Straight lines means no piece of dust is left behind

The iRobot doesn’t quite do that. Although it does make a good go of the general area, it doesn’t clean in lines at all. If I had to describe it, I’d say it cleans in random circles. I was satisfied that it got almost everything though, and that is what matters.

One point to Neato Robotics

When you leave the house to go to work, grocery shop, whatever, and you schedule your robot vacuum to do their job, you just really want them to do their job. You don’t want to have to walk in and hear it beeping because it ran over something that it didn’t like. Yes, it goes without saying that you should always scan the room with your own infared scanner (your eyes) before you leave to ensure this type of thing doesn’t happen, but with the Neato robot vacuum it seemed to happen a lot.

My daughter has long hair. Long strands of hair would stick in his brush and he’d ask me to clean his brush. He also didn’t like cobwebs from Halloween, but I can’t fault him on that one. The iRobot literally blew through every type of floor I threw at it, and although I did clean his brush a few times because of pet hair or what have you, I didn’t have to do it all the time like I did with the Neato XL.

Score one for iRobot

So my Neato Robotics vs iRobot Roomba robot vacuums looks like we have a tie, but I’m going to give my recommendation anyway.

If I was purchasing a floor robot vacuum right now, I’d go with the iRobot Roomba. Why you ask? One, it works. It works really well, and it likes my shag carpet. Two, it does it’s job and I don’t have to worry about chasing behind it wondering what was going to stop it next. Yes, Neato has some cool features I liked, but it was screaming on those carpets, and by screaming I mean ‘nails on chalkboard’ sounds that I don’t want to hear from anyone. It was like the time my rabbit was being chased by a crazy dog that got into my yard, and it was so scared it screamed. Not something I ever want to hear again in my life (bunny is fine, dog is not invited back again, ever), so that issue would have to be fixed should I ever choose to buy Neato Robotics.

You can check out my full review of the iRobot Roomba and Neato Robotics Robot Vacuums on Best Buy Canada’s Plug In Blog.