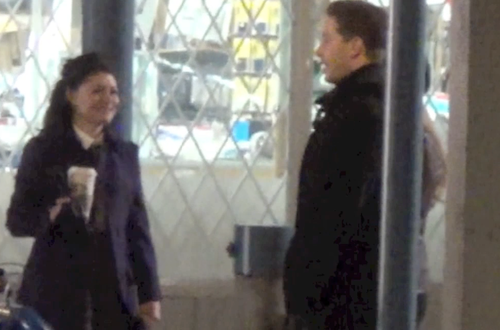 One night in Storybrooke: Visiting Once upon a time film set 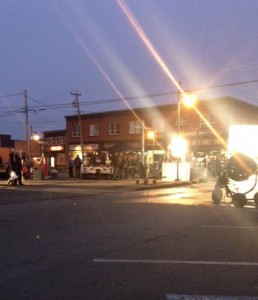 Fan of ABC’s Once Upon A  Time? So am I. I don’t do the whole “I ship SwanQueen” (honestly, I had to Google this after hearing about it, I had absolutely no idea what it meant), but I watch the show religiously and I love it. #Onceuponatime

Apologies for the awful photo quality. We were behind a barricade while they were filming and were shooting video, not photos. I know there are some amazing shots of the same night floating around on Twitter, but I can’t find them to link to them. 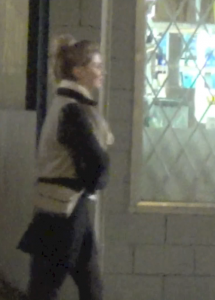 It’s awesome that the Once Upon a Time filming location is based near Vancouver, BC in Steveston. They’ve actually created Storybrooke from existing buildings in Steveston, and you can see them anytime of the year when you’re there. Steveston also has quite a few other amazing attributes including a mini-donut shop that has some yummy stuff and a dock full of ships where you can buy fresh fish.

We’ve visited the filming location quite a few times just for fun, but managed to swing by and see them actually filming one chilly night last week. After following #yvrshoots on Twitter, I discovered they were doing an overnight shoot. Within 1/2 hour we piled in the car and were making the hour long drive to check it out.

Upon arriving in Steveston, it was pretty clear where they were filming. Set up directly in the middle of the main strip were huge cameras, lighting, and props. We were able to walk right through the entire set as they can’t shut down access to local businesses. Wandering around through the set, we saw a barricade off to the side and that’s where we stood.

So what did we see? Kind of a little bit of everything. We waited about 45 minutes before we actually saw any cast members, but when they came out they really came out – Charming, Snow, Emma, Tinkerbell, and Belle were all out and just standing about 20 feet from us. They keep the cast behind umbrellas to protect them from cameras, but they were definitely just hanging out there wandering around. We also saw Rumple and Granny, plus two wolves/dogs which I have no doubt were Ruby.

As a Canadian who a). has never met a celebrity, and b). is seriously in love with anything related to film and the film industry, may I just say that I sort of went into shock. There they were, right in front of me, and they looked exactly the same as they do on the screen. No one was taller or shorter, everyone just looked the same. It was like watching TV, only it was right in front of me in the freezing cold.

The only bummer? My 12 year old daughter is also a huge fan, and she forgot her glasses at home. She couldn’t see anyone unless she looked at them through the lens of her video camera.

Speaking of video cameras, I do have some video and I just uploaded it to Youtube now that the episode has aired. 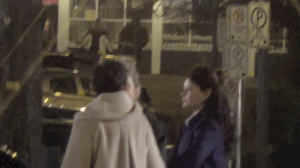 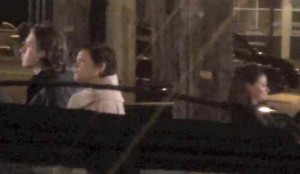 I heard that the people who stuck around all night met the cast. I’m seriously jealous, but with 4 kids and a dog in tow, we went and grabbed food for them instead of hanging out for longer than a hour.

Visiting the Once Upon a Time film set was a really cool experience. I’d like to head back again the next time they film, but I’ll probably bring a blanket this time and stick it out longer. I’ll also bring a better camera, as these were shot with a Sony HD video camera and taking screen shots from that isn’t the easiest.