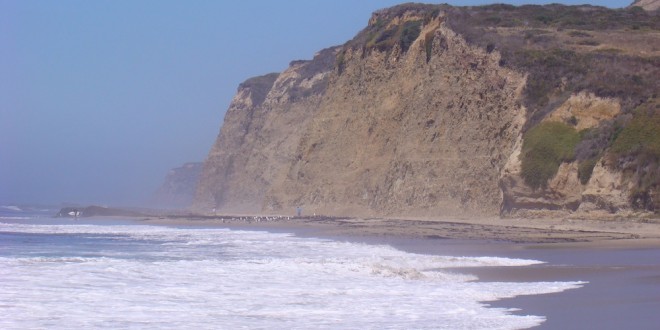 Road trip with kids: Driving the I5, part three

Part three of the Canada to California road trip has us heading from Valencia to Watsonville, then onto San Francisco.

There is just something about California that makes me feel at peace with the world. Prior to this road trip, I had never strayed from the I5, so I had no idea what the coastal roads were really like. Once we left Valencia, we began our drive toward the coast. The kids, at this point, were really mellow after a day at Six Flags, so it was a pleasant drive for about 3 hours.

Hour four of the cruise had us going through some mountain range of some kind. I couldn’t tell you where we were, only that it was dark, I could see the moon reflecting off of water occasionally, and that everyone was giddy from driving and exhaustion.

Although we had planned on getting to Santa Cruz, we ended up stopping in Watsonville, California. Watsonville is a cute little town that is a hop, skip, and a jump away from Santa Cruz. We checked into the Holiday Inn Express (again).

Funny thing about certain hotel rooms and certain hotels. Some of them come with a doorbell. For us, this is one of the oddest things we’ve ever come across in hotel rooms (and I’ve seen a lot of weird things in hotels). When my husband went back out to the car to get our luggage, he came back and decided to ring the doorbell. He was trying to be funny.

Turns out that doorbell sounds an awful lot like a fire alarm, and my 7 year old has a full on phobia of fire (I have no idea why, I blame television). When that door bell shrieked, he lost his mind. I think everyone on our floor heard him. I alternated between laughing and comforting him.

Bright and early the next morning, we headed toward San Francisco.

And here is where the road trip became an actual road trip. Sometimes you just want to go where the wind blows you, and there is literally no better place to do that than the California coastline. Because of the kids and their limited attention span, we didn’t stop at half the places I wanted to. You could literally crawl your way down the coast and discover something new every hour. One of the places I’m sorry I missed was Hearst Castle. The other was the Walt Disney Family Museum in San Francisco.

But the thing about California? It’s not really about where you didn’t get to go, its more about where you do end up. And I ended up at a beach that was so beautiful that the thought of it makes me smile, even to this day. The best part? There are many, many beaches just like it up and down the coast line, so if you finish with one, there is another up the road.

After a few hours at the beach, we drove straight through to San Francisco. It was burning hot that day, and we had no plans to spend a lot of time in San Francisco other than seeing the Golden Gate Bridge and peeking over at Alcatraz. We did make a pit stop at Fisherman’s Wharf for what was probably a half hour, then drove over the bridge. My eyes were squeezed shut for the majority of the time.  It was big, scary, and felt like it would never end.

Once you drive out of San Francisco, you inch your way across the Napa Valley. We continued through there to Redding, California, home of not much and the place where I was finally finished with driving. The only problem? We were still about 10 hours from home.

There were a few memorable moments, when driving through the mountains, that my van’s thermostat inched higher and higher. Even with the windows open, it was a blast furnace. Temperatures outside were at least 110.

Automotive Tip! If your car is overheating, turn off the air conditioning and roll down your windows. Try to keep the thermostat at an even keel until you are finished climbing, then turn your air back on. Repeat as necessary.

The entire next day we drove, stopping here and there. When we finally entered the Portland area, we pulled over at a beautiful local park for dinner. I think a few of the parents who saw us arrive thought we were homeless, because when we opened the van doors stuff fell out into the parking lot.

After that it was drive, drive, drive, until we arrived at the border. The entire day was a blur. When we finally pulled up at our house, we had been gone from home for 2 weeks. Too bad we couldn’t find the house key and had to crawl though a window to get in.

The cost of the trip actually worked out to be slightly more than if we flew there.  I know, even I can’t believe that one, but when you factor in the cost of extra hotels and staying onsite at Disneyland, it really adds up.

Would I do a Canada to California road trip again?

Yes, but only in an RV or a huge bus of some kind. Something where you could pull over wherever you needed to and rest. A home away from home, with wheels and a bathroom.

Was it worth it? Definitely. That trip is full of memories with my kids that I will cherish for the rest of my life.

After all, what’s a little aggravation here and there. You only live once.

For even more Disneyland tips and secrets, visit the first installment in our guide to Disneyland