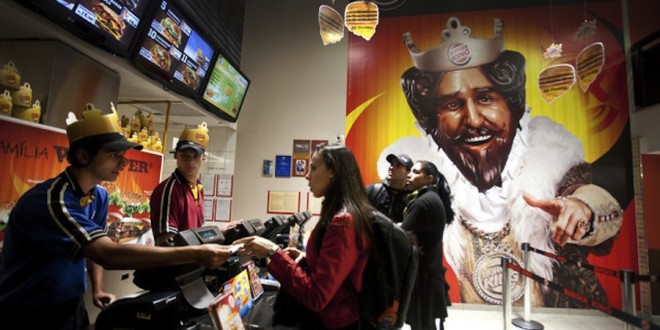 On CNN this morning: Burger King announced that it was retiring the big bobbled headed ‘King’ mascot that they’ve used in previous ad campaigns. Commercial spots with the Burger King include several terrifying ads where he wakes people up in the middle of the night with air horns or spends some time rocking down on a DJ booth.

I’m not sure about your kids, but my children had no desire to even eat at Burger King. If we drove by and discussed the choice of fast food restaurant, they’d lean back in their seats in fear and ask, “Is that scary king guy in there?” No, he never was, but his sheer existence almost put them off of indoor play centers and the possibility of a kids meal instead of vegetables.

In an homage to one of the scariest mascots in history, here is one last clip him breaking it down with Sponge Bob. I think I can speak for thousands of parents everywhere when I say, “Good Riddance.”