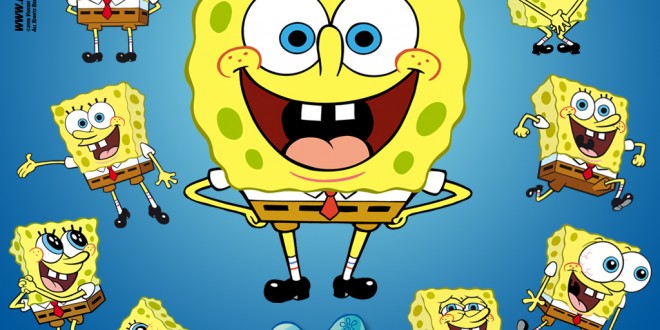 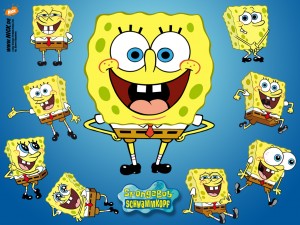 SpongeBob: You either love him or you hate him. Although he is said to be one of the most popular cartoons on television right now (that little yellow sea creature wouldn’t have stood a chance against Fred Flintstone in his day), SpongeBob is taking heat due to a recent study in the medical journal Pediatrics.

Researchers found that watching shows like SpongeBob hinder abstract thinking in 4 year olds, and can even affect short term memory and impulse control. To view the entire study, click here for the PDF.

The next time your kid forgets where they put the safety scissors you can blame SpongeBob, right? Not necessarily. Critics of the study say that the sampling of children tested isn’t diverse enough to produce concrete information.

At any rate, our handy dandy televisions have always been the source of heated debates and controvery amongst parents. Use them too often and you are one of those parents who have the TV ‘babysit’ their kids. If you don’t turn it on at all or you don’t even have a TV, you are a nature loving tree hugger. Really, a parent can’t win where TV is concerned.

So, which TV shows should you ban your little one from watching, and which would be OK as far as not inhibiting their intellectual growth? I’m sure a study will be coming out about that soon, but in the meantime here are some guesses:

Fast paced? Probably not. Weird as all get out? Definitely. To a parent Yo Gabba Gabba brings to mind what an LSD trip must feel like, despite the fact that you’ve never tried the drug and have no idea how someone could conjure up these things in a sober environment . I can just picture DJ Lance walking down the street somewhere in San Francisco a few decades ago. That outfit would have fit in perfectly.

But your kid does learn about sharing, colors, and musical rhyming, and it’s fun to watch and wonder what the heck is going on. Some parents might have a problem with this show, but I think it’s just harmless (bizarre) fun.

Have you ever wondered what happened to Steve from Blues Clues? Just for fun, here’s his Wikipedia page, and here’s his new band, Steve Burns and the Struggle.

Blues Clues has long been one of my favorites. It has a good pace, encourages kids to use their minds by finding clues, and isn’t based on the insane (unless you count that talking side table drawer, which is really messed up as far as I’m concerned). I’m not a ‘Joe’ fan, but Steve is in College remember? And he can’t take his little blue dog to College or he’d never get a girlfriend.

They may be Disney owned and operated, but I won’t let my little kid watch Phineas and Ferb. The themes are adult, sometimes seriously so. I happened to walk past the TV once when it was on, and a little girl was berating her ‘boyfriend’ because he didn’t provide her with enough romantic gestures. I was actual hopeful that I could learn something to use on my husband for a minute there, but when she started yelling at the little boy that she wanted a beautiful, romantic gesture by the next evening or she’d blow her stack? Well I’ve tried that before and it didn’t work for me either, and I definitely don’t want my daughter to think that is something she can pull on any future boyfriends she might have.

No, a four year old couldn’t understand what was being said on this show, but I don’t think it provides tools for learning.  I felt dumber for a few minutes after. I’m glad no one asked me to take any cognitive tests.

Ultimately, the choice is yours. If you need a break or you have to make dinner, you shouldn’t feel guilty about putting on a  show that you are comfortable with. Sometimes that 20 minute break can make all the difference in the world to your sanity. Until,of course, the next study comes that says that 20 minutes of television watching so Mom can make dinner will result in a dumber child.