Home - Featured - The real deal about a farmhouse reno 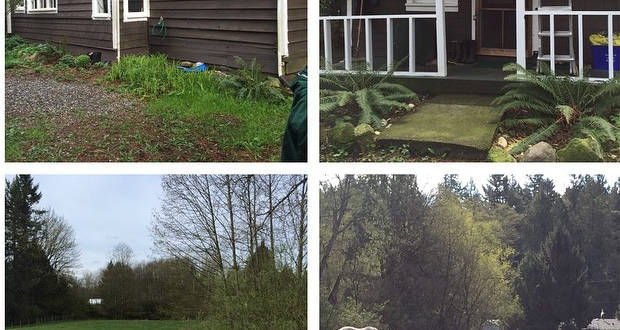 The real deal about a farmhouse reno 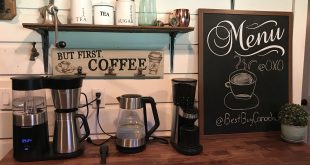 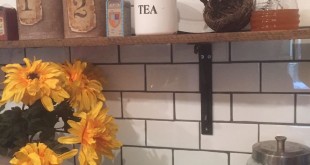 Creating Farmhouse Style In The Kitchen 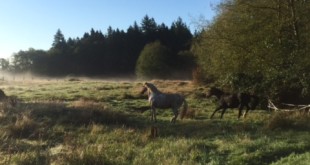 Hello from the other side: our farmhouse renovation 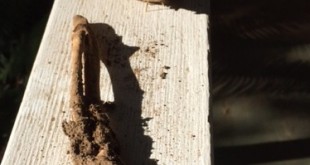 Dead things under my farmhouse 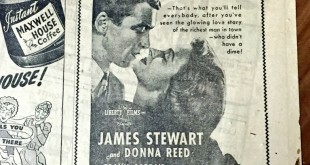 Once upon a farmhouse renovation 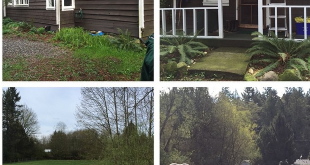 Once Upon A Farm Blog

The term farmhouse means different things in different situations. Where I grew up in central Canada, a farmhouse was something you built on your 4 quarters of land, and although it might of been old when you bought it, the harsh winters meant you better keep up with the foundation, the roof, and everything else if you didn’t want to die of exposure right in your own bedroom. Farmers there took care of their houses.

But I don’t live in central Canada anymore, and I don’t know how many farmhouses I looked at before we bought one, but it seems to be part of the package where I live: if you want to live on land, you take an old, decaying house as part of the deal.

For the most part, people don’t care. We live in ALR where they are building mega-mansions and throwing up blueberry farms everywhere. If a small, crappy house is part of the deal, they just mow it down and build over it.

But for us, the dream of having land and raising our kids on acreage came with the acceptance that whatever house we land in we’ll have to live in, at least for awhile. That’s why it was such a hard decision. We had a perfectly nice house with enough room for everyone. The yard was the size of a postage stamp, but it was a nice, cozy house.

Fast forward to today: I’m sitting in my cozy chair I like to write in and looking over at my children all sleep together on mattresses on the floor. The two barn kittens we adopted (without having a barn) are chasing each other around in the only other room we live in, and the rain is pounding down on the metal roof. Everyone is cozy and warm, and although almost everything I own in sitting in a shipping container, I’m content.

That’s because the night of August 29th, 2015, the day the BC Windstorm took down half my yard, was the day we finally moved into a house again. Yes, we lived on the property from June 18th, 2015, but we never lived in this house until that day.

But first, some history…

On May 15th, we handed over the keys to our old house. Pushed by a hot real estate market and the need to sell, we agreed to a shorter closing date than what we had on paper for the farm. The lady we were buying from said she’d probably be out by June 1st, but to leave the date as June 18th on the paperwork.

We thought we’d figure it out, and that we’d be in before we knew it. So we did what a lot of other people out here are doing mid-relocation: we rented a travel trailer and headed up to the local RV park.

This was no small travel trailer by any means, and that was no simple RV park. At Eagle Wind RV the people were all amazing, they had a swimming pool for the kids (and it was one of the hottest summers we’ve ever had), and it was a peaceful place to spend time at after a rough move out. I loved it. I’d go back again in a heartbeat.

After finding out that our seller had decided against moving out early, we just waited it out. We did have a home inspector come by at one point because we were worried about the foundation of the house, but if you read his report you’ll see lots of mention of ‘vermin’ and not much else. He told my husband not to put a lot of money into it, and as a possible rental it would be fine for a while.

Put that together with assurances from the seller that everything was solid, and we thought we’d be OK to fix it up and live in it over the winter. We had big plans to build a new house just over on another acre, and this was only a stepping stone.

Ha. Really. I sort of have to laugh at how naive we were at that point. I mean I’m obviously sitting here and telling the tale from my comfort of my own cozy home, but the road to get here was NOT at all what we thought it would be. I’ve skipped along the lily pads of a mental breakdown more times than I can count this summer, and all I can think is Wow, I really want to go to Disneyland now.

It was, as we call it, our ‘Gypsy summer.’ I’ve been embarrassed by how we managed to do it, because this wasn’t a conventional relocation by any means. It was an interesting idea set off by the need to save money at a point when it dawned on us that this house wasn’t what it seemed at all.

But more on that later.

Previous Dead things under my farmhouse
Next Hello from the other side: our farmhouse renovation