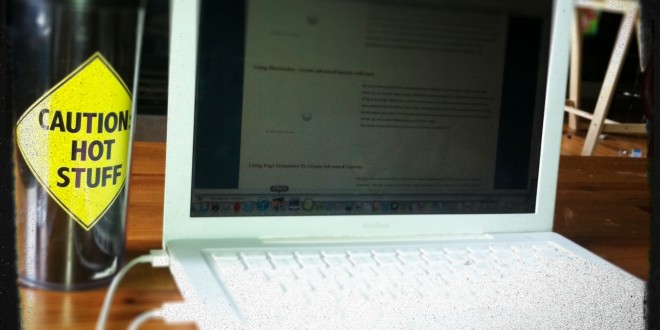 The difference between Macs and PCs as explained to my Mom

The difference between Macs and PCs, as explained to my Mom

My mom is not the most techno savvy person you will ever meet. She’s 59 now, and the first time she picked up a mouse she 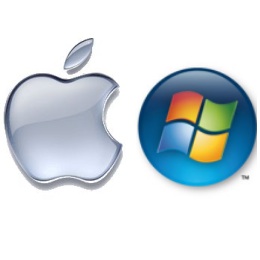 literally picked it up and smacked it back down on the mouse pad. I had to restrain her from constantly picking it up to get it to move, as though floating it through the air would get her the results she was looking for

When my son was 2, he had better computer skills than my mom has now (he really was amazing, and still is. He was downloading apps before his older brother, and I’ve trained him to look for the word ‘free’).

When it came time for my mom and dad to buy a computer, I was the one who did the research for her. She bought a PC from Best Buy. Well, essentially I bought the PC online and had it shipped to her. She managed to put it together.

Since that time, I have done many hours of tech support for my parents. I’ve done it with no prior knowledge of Windows Vista (which I can’t stand, just by proxy), and I’m now more convinced than ever that older people should own a Mac.

My mom asked me why I thought Mac was better, and I began to rattle off about operating systems, system files, and those pesky cab files where viruses can hide on a Windows computer. Her reply?

So I guess I went over her head a bit there. Then it hit me, the easiest way to explain Mac’s vs. PC’s is to say this:

Imagine a pond. It’s a clear pond, and you can see right to the bottom.

Imagine the pond is a Mac computer. All of the programs you install are shaped like leaves. Throw the leaves on the pond. See how they float? They never sink, and they just float along the surface of the pond.

Do you want to remove one of the programs? Ok, just pick up the leaf. Pick it up and toss it away. See, no more leaf, no more program. Nothing left over, its all just gone. Isn’t your pond beautiful? And so easy to keep looking beautiful too! Such a lovely, high definition pond.

Now, imagine that the pond is a PC. Instead of leaves, the programs are tiny handfuls of rocks.

Throw the rocks in the pond. Watch them sink to the bottom. You can still see the rocks, right? And if you threw them in the same spot, most of them will be relatively close to each other.

Now try to remove a program. Get down into the bottom of that pond and dig for those rocks. You might think you had all of the rocks, but wait, there is another one over there. Stupid rocks flew all over the place when you threw them in. Dig under that pile of sand for the missing rock. Got it!

Oh oh, you took out an extra few rocks when you were digging. No, that wasn’t just excess fish crap, that was an important rock. Now the pond is acting all wonky. Bubbles are coming up from under the sand, and those are some stinky, stinky bubbles.

My mom sure did. I’m shopping online for her first Mac now.

Previously published on my blog at IWriteIt.ca