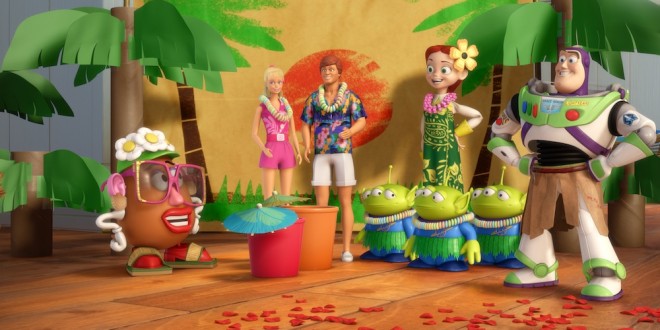 Tom Hanks confirms Toy Story 4 in the works at Pixar

Better start saving your money for another pile of Toy Story toys. Buzz and Woody might have just renewed their contracts.

In an interview with BBC breakfast news, Tom Hanks confirmed that Pixar has been working on Toy Story 4.  Although Pixar stated that Toy Story 3 was the end of the franchise, the popularity of the that movie may have changed their minds. With a world wide gross of over $1,063,171,911 for Toy Story 3 alone, it’s easy to see why continuing the franchise would be a good thing.

The announcement comes hot on the heels of a less than enthusiastic response to Cars 2 and the release of the Toy Story short “Ken and Barbie’s Hawaiian Vacation.”  Positive reviews of the short were glowing in comparison to Cars 2, and the release of Toy Story Hawaiian merchandise will do little to lessen the love for the beloved Toys.

This past Saturday, ToysRUS shelves were stocked with a festive looking Buzz, Woody, and Jesse, complete with grass skirts and beads. Put them together with Ken and Barbie, a pair who have just as much flash in the short as they did in Toy Story 3, and you have the makings for a playdate with destiny.

Hanks reply to the question whether or not there will be a Toy Story 4 was, “I think there will be. They’re working on it now.”  Buzz and Woody fans are hoping he’s right.