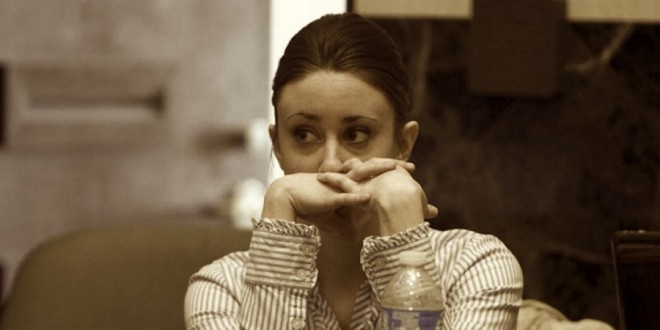 What happens to Casey Anthony now? Verdict is in and she’s not guilty

July 5, 2011 – After three years and countless hours of television dedicated to the analysis of every single aspect of the Casey Anthony case, she was acquitted today of murder and child abuse charges in the death of her daughter Caylee Marie Anthony. The Not Guilty verdict was the equivalent of a shot heard around the world, and the social networking universe lit up with outrage from parents, grandparents, and those who believed in the justice system.

Ms.Anthony was found guilty of providing false information to the police, resulting in a guilty charge for 4 misdemeanors. What happens to Casey Anthony now? Experts state that she could receive a maximum jail sentence of four years. Given that she has already served 3 years, it is believed that she will receive probation and walk away from the trial free and clear to go home and start over.

One wonders exactly what she thinks she’s going to go home to? As demonstrated in the trial, Ms.Anthony clearly has narcissistic tendencies that go beyond what could be considered a healthy dose of selfishness. She drank, she partied, found a new boyfriend and got a tattoo: All while she admitted that she knew her daughter was dead. What type of mother does not mourn the ‘accidental drowning’ her two year old?

So the case is closed, but the question remains: Where is the justice for Caylee? And the short answer is that there won’t be any.

As someone who writes articles about how parenting isn’t easy, I know that there are days when you just don’t feel as though you can handle one more minute. But for those of us who are sane, we know how to take breaks, to find friends online or off, and seek support to get us through those moments. Ultimately, the love and responsibility that you feel for your children overrules every bad day you’ll ever have.  And thankfully, mothers like Casey Anthony are few and very far between.

Instead of spending one more minute thinking or reading or watching this insane person on television, instead of reading her memoir when it comes out (hopefully for her she doesn’t pull an OJ and call it “What if I killed my daughter?”) Instead of watching this sad piece of humanity on reality television, let’s honor the memory of Caylee Marie Anthony instead.

Today and everyday, give your kids an extra hug and kiss in honor of Caylee. Plant a tree in memory of that sweet little 2 year old girl. Blow up some balloons with your kids and let them float up into the sky, and say a prayer for her.

The best thing we can do is to never forget Caylee. There might be no justice in the world, but there is always her memory.