Home - Featured - Why Moms should be grateful to Steve Jobs: Steve Jobs resigns 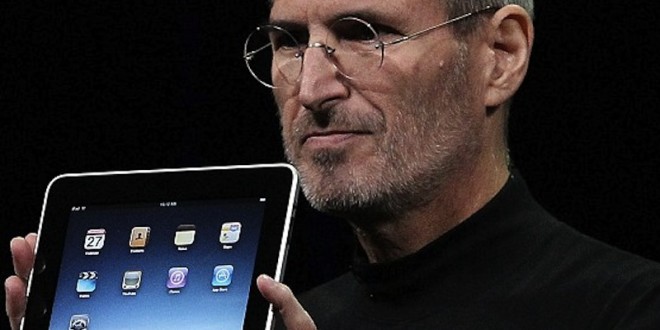 Why Moms should be grateful to Steve Jobs: Steve Jobs resigns

When the news hit today that Steve Jobs had resigned as Apple CEO, most of the Internet reacted with shock. As it isn’t clear at this time why he has resigned, those of us who are true Apple enthusiasts could only speculate and hope that this will be Mr.Job’s opportunity to focus on his health and come back stronger than ever.

Although I’ve never made any bones about the fact that I am an Apple geek, covering my house with Macbooks, iPads, and iPhones, I’ve never really wondered why. You’d think that it would just go hand and hand with my love of technology, but I think it’s a bit more.

Moms, whether they have a business and work from home or not, should be grateful to Mr. Jobs. Here’s why:

Steve Jobs is the reason that I can work at home.

I bought my first MacBook in 2007, and the portability of this little baby (yes, I still have it) made it well worth the price. Because I could take it anywhere, I started doing writing odd jobs here and there. I worked at the indoor playcenter because I could pick up wireless internet almost anywhere, I worked in the bathroom while my kids were in the bath.

My first freelance gig online was putting together a 5 minute movie. I could bid on this job and do it easily, because I had iMovie on my computer. When the iTouch came out, I began playing with apps and started reviewing them. I soon moved to an iPad and an iPhone 4, reviewing new apps that would come out and writing tech articles. I wouldn’t write about tech or even be remotely interested if it wasn’t for Apple and Steve Jobs.

I’m sure I sound like a horrible geek anytime someone says that they are stressed out with motherhood or feeling uninspired while carpooling. I’ve asked other Moms (in all seriousness) if they have an iPad, because I really believe that the magic tablet makes life easier. I use my iPad to search for recipes for dinner, sometimes letting the magic 8 ball fall where it may and just cooking what it tells me. I read books on my iPad, tucked into bed with the backlight and safe in the knowledge that I am not disturbing anyone. I play mindless games, because sometimes you are just so bored you don’t want to do anything else. At 3 am, while up with a baby who won’t sleep, I’ve watched more Thomas the Tank engine on my iPad than anyone should have to endure.  I’ve taken it with me while I waited in a dark and cold soccer field, finishing an article that was due and passing the time in a way that I never could with my old befuddled pink Blackberry.

I’m serious when I say that every single Mother out there should have an iPad. Motherhood can be sort of isolating. Technology keeps you connected, and makes you feel less alone.

I’ve never hidden my love for all things Disney and Disneyland. I’ve always talked about how I find Walt Disney to be one of the most inspiring figures in the past 100 years. Some say it was Disney’s vision, his creativity, or his absolute drive to create the world that he wanted to live in: It made him the man he was. I sort of see Steve Jobs in the same way.

For all of us who pound away on the keyboard every day in the hopes of one day getting a big byline or actually having that book published, for those of you who have a home based business creating something new and exciting, or those of you who are selling a product or service: We all need inspiration to keep going. From a business standpoint, it is inspiring to look at a person who created a business in his garage, and then went on to revolutionize home computing.

And so, as I sit with my Macbook in my lap and my iPhone on the table in front of me (someone stole the iPad from me and is currently playing Sticky Trains downstairs), I would like to wish Steve Jobs well and thank him for helping me through the stresses of Motherhood and navigating a business.  I don’t think I could have navigated parenthood as well without all of the magical gadgets that he’s come up with. I’ll bet he never thought of stressed out Mothers when he was creating the products, but I’m happy to have them all the same.

Here’s to the crazy ones, the misfits, the rebels, the troublemakers, the round pegs in the square holes… the ones who see things differently — they’re not fond of rules… You can quote them, disagree with them, glorify or vilify them, but the only thing you can’t do is ignore them because they change things… they push the human race forward, and while some may see them as the crazy ones, we see genius, because the ones who are crazy enough to think that they can change the world, are the ones who do. – Steve Jobs
Share

I’ve been having so much fun skiing with my boys

Hanging with this stray bunny while she eats with