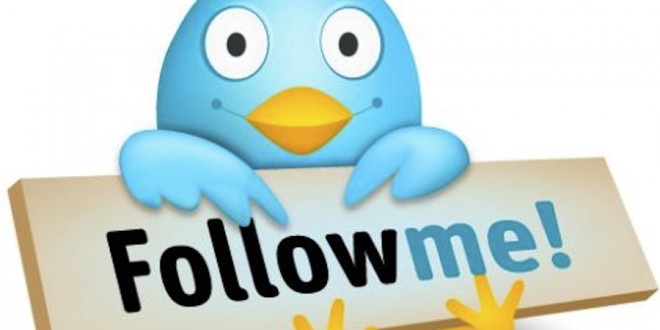 For anyone working at home, the lack of ‘connecting’ with others in a similar profession can be a big issue. Within the walls of your house, it can seem like you are the only person on the planet who is doing what you are doing. This is why so many people turn to social networking to connect with other like minded people.

The two key social networks, Twitter and Facebook, are the general places that people turn to meet up with other people. Facebook is great for certain things, such as ‘Like’ pages (great for search engine optimization purposes as it’s a high ranking site) and promoting to a large group of people. Twitter, on the other hand,  can seem a bit daunting if you are a big Facebooker. Yet Twitter is much more simple to use than you might think. Here are 10 easy steps to Twitter that will have you tweeting like a pro in no time:

Setting up your account is really easy. You just need an email address and a good Twitter name. If you are running a business, try to choose a Twitter name that matches your business. You might want to have a business and a personal account and keep them separate.  Also, keep in mind any keywords that can match your business and try to use them in your profile. For example, if you are  a writer in Los Angeles, use the words “Freelance Writer Los Angles LA” when creating your profile.

Do a search and then pick and choose people who are relevant to your industry.  Follow 10 or 15 every few days and focus on your tweets instead of who to follow.

If you’ve been on Twitter as long as I have, you often see people who follow 1000 people on their first day and then wait for people to follow them back. Most of us judge the content you are putting out and decide whether or not we’d want to follow you and have your updates in our feed. People don’t always automatically follow you back on Twitter (also called autofollow), and if I see someone following 1000 people and has 15 people following back? I don’t follow back either. If you can, keep the number of people you follow even with who follows you.(Is there a prize for using the word ‘follow’ this many times in one paragraph?)

This is where people get stumped. If everyone can see what you are putting out there, what do you have to say in the first place? Twitter is interesting, because by following relevant people you can learn some seriously decent stuff that you couldn’t get access to anywhere else. Talk about an event you have coming up, or something you recently created and post a picture. If you sell scrapbooking supplies, tweet about a sale.

Twitter is about connecting, so people who tweet out “Special on dolls today” and then post a link over and over again are going to get unfollowed. Blatant advertising is going to get you unfollowed. People don’t want to read an infomercial, they want to talk to real people. Mix up your tweets with some of the following:

The point is having something to say. If it’s interesting, people will follow.

What’s a hashtag on Twitter? It’s a statement or word prefaced by the number symbol. For example, if I was going to write about my dog, I’d say something like this: What’s the best treat you can give to a puppy? #dog #puppy

Hashtags make your tweet more searchable. I’ve seen some doozy hashtags, so there is no method to the madness. Just make one up and go. You can also use other people’s hashtags if you are participating in a group chat or you want to keep track of certain tweets.

Talk to other people via the @ symbol

Just like any other social network, using the @symbol or reply can send a tweet directly to whomever you are talking to. It’s called “Mentions” on Twitter, and if you mention someone or they mention you it shows up in your timeline. You can also communicate via direct message if you don’t want the entire world reading your private message.

The most important part of Twitter is talking to other people. Talking other others helps you make friends, gain followers, and learn things you might not know.

Be safe if you take it offline

It’s common sense not to invite someone you meet online to your home when you are first connecting. If you find someone you want to meet in person, do it in a public place and invite a friend or two along. If it is a business meeting, the other person will not bat an eye at meeting in your local Starbucks.

Eventually, you want your followers to be more or equal to the people you follow. If it’s a personal account, you probably won’t worry about something like this, but for a business? The perception is that the more followers you have on Twitter, the better you look. Think of it in terms of crowds of people. If you have a crowd surrounding you, you must have something worth crowding around for.

It takes awhile to get into Twitter, and it may take quite awhile to build up a following. Be sure to tweet often, at least several times a day. Find relevant things to tweet about and talk to other people as much as possible. Not only will it make you feel less alone as you work at home, but your online buddies can become a valuable source of support and information.