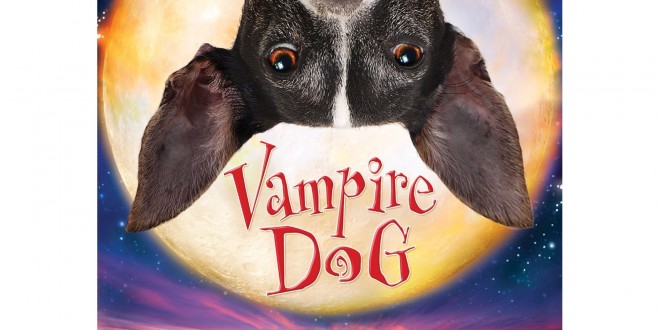 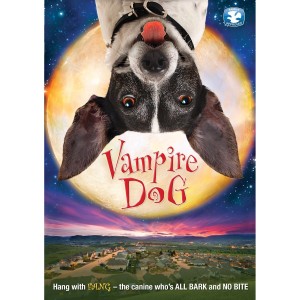 Worst movies on Netflix 2013 – My personal review of Vampire Dog

Someday, we’ll be able to tell our grandchildren how there once was a video streaming service that served up D-list movies so brutally bad, we had to restrain ourselves from getting up and throwing tomatoes at our screen. Actually, after what I watched last night on my weekly round up for Netflix Canada vs Netflix USA, the only thing that stopped me was the fact that I’d have to clean up the tomatoes myself.

Why would I not turn off Vampire Dog when I realized what a complete stinker it was? For one, my 4 year old was into it for a few minutes, which meant that I could fold laundry without him trying to jump into the piles (six people make for a lot of laundry). But then, I was sort of struck in the laundry, surrounded by pants and socks, and I couldn’t get out or find the remote. So I continued to fold, and all the while this movie just got worse.

Vampire Dog centers on Ace, the new kid in town, who had to move to make way for his Mom’s new job as a music teacher. The Principle of the new school is a jerk, and he belittles the kids to the point where a good thrashing is probably in order.

The first seriously groan worthy moment came when Ace and his new friend Skylar made some serious googly eyes at each other in front of Ace’s Mom. At that point, my 9 year old son said, “Oh come on, those two are little kids! Please!” I’ve taught him well. No dating until you don’t look like you need Mom’s help to cross the street.

Norm MacDonald voices the Vampire Dog. He’s come a long way since SNL, said no one ever. I also especially disliked the Mother in this movie, who said at one point, “I can’t show up there with you after what YOU did.” I know it’s acting, but it irritated me to the point where I actually fought my way out of my laundry piles and left the room until I was forced to return for more.

I’m not going to bore you with a detailed synopsis, but suffice to say, plot lines were thrown around and popped up randomly here and there.

Yes, it must be quite an accomplishment seeing a movie you wrote on the big screen, but this one should have stayed on the hard drive. Oh, and by the way, this stinker was filmed in Moose Jaw, Saskatchewan. That city really deserves better.

Overall, I rate it an F. Tune in next time for more of the Worst Movies on Netflix where we’ll be reviewing a horror movie that was actually supposed to be a Christmas movie. But it has Satan in it. Seriously.