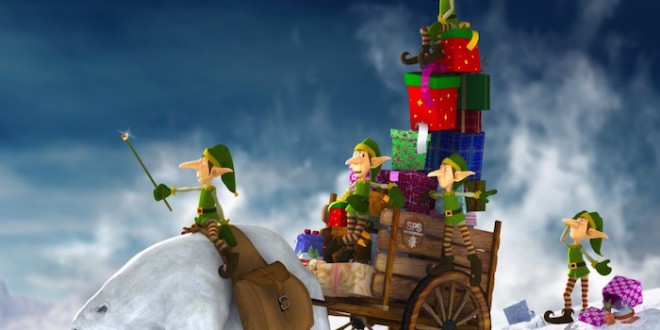 3 Of The Best Apps For Christmas Holidays

Don’t get me wrong, I love Christmas and the holidays just as much as anyone, but with all the craziness there has to be a bit of down time too. Unfortunately, with so much going on, getting the kids to calm down is quite a challenge. As for me, I’m running on coffee and adrenaline, so calming down isn’t even an option.

This is where apps come in. I don’t let my kids spend hours staring at the iPad or my phone, but when I do I like to be able to know what they’re playing and, if possible, play along with them.

So I’ve checked out a few apps for you this holiday season, and by checked out I mean spent a few hours of time with them. From games to North Pole web cams, here are 3 of the best apps for Christmas holidays:

I discovered the Reindeer Cam early this year, and I’ve been watching it since November. Yes, that means I will randomly, when the kids are at school, turn it on to check out what the reindeer are doing. And I will also admit to forcing them to watch it with me while the 13 year old rolls her eyes and the 11 year old comments on the absolute laziness of these reindeer (they’re saving their energy for Christmas eve!)

It costs $1.99 to watch the Reindeer eat, sleep, and ramble around their pen, but it’s worth every penny. Occasionally Santa will stop by and read letters or a story, and it’s adorable when he feeds the reindeer treats. I also love the cameos by the occasional deer and what I’m pretty sure is a massive turkey. I just hope he doesn’t end up on Santa’s plate come Christmas day.

I never get addicted to games on my phone. I mean, ever. The last game I played for any length of time was Zombie’s, Run, and that’s not even a game – that’s a full out, terror filled run thanks to some very convincing people from England who are spectacular at motivating.

But Seabeard appeared on my recommended app screen one night, and it looked like a pirate game so I downloaded it to check out for my little guy. I always play the games first before I let the kids play, so I tried a few quests. Then I tried a few more. Then I did an in-app purchase for more pearls and coins that came with a cute elf hat, and now I just can’t stop.

Seabeard has an Animal Crossing vibe to it, and I love the mini-games where you can shoot the canons, avoid obstacles, and pick up prizes. My only criticism is that the pearls/gold is really expensive and difficult to earn, so I’m not sure if I’d let my kids play this for anything length of time. They’d either be asking to make in-app purchases or they’d get frustrated.

I don’t know how long my Seabeard obsession will last, but I’d say we’re good until after Christmas at least.

I like to read, and so does my daughter. The problem with keeping this kid in books is that they’re expensive, and although I’m happy to head out to Chapters to pick up the latest title she’s been waiting for, we need to have other books around to fill the void. That’s where Scribd comes in.

Scribd is a reading app that lets you read an unlimited amount of books each month. Although I’ve never seen brand new to the shelf books on there, they have a long list of New York best sellers, young adult and youth books, and my favorite, a biography section.

Old Hollywood bios are something I’m sort of obsessed with, along with clocks, t-shirts with numbers, and vintage ‘stuff’ like typewriters and hand beaters. That bio section on Scribd has kept me happy for months, and my daughter is always finding new stuff to read on the app.

If you get downtime this holiday…I’m jealous. I won’t be, but if I do manage to have a minute to myself I’ll probably pull out my phone and use one of these apps. Hopefully they’ll make your Christmas holiday down time that much better.