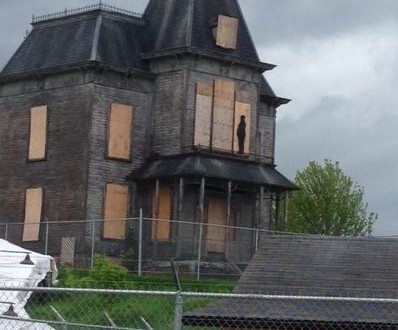 I live down the street from the Bates Motel set and I’ve got quite a few pictures of it on here. The Bates Motel is located at 1070 272nd Street in Aldergrove, BC. Here’s a Google Map to help you get there. This was taken long before they built the set so you can’t see the Psycho House on street view:

When A&E first put the Bates Motel set together, the Psycho House didn’t have a roof.

They added the roof in June 2013 for the second season of Bates Motel.

My favorite photos of the film set are from night shoots like this one. 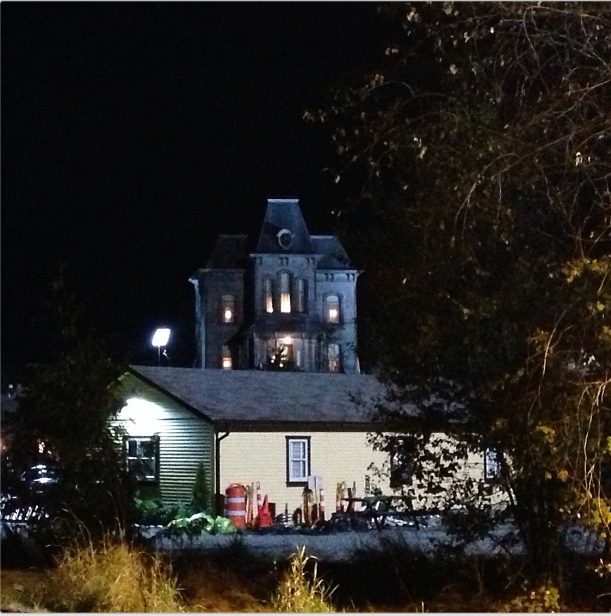 And I absolutely love the homage to Hitchcock that’s in the window of the Psycho House right now. 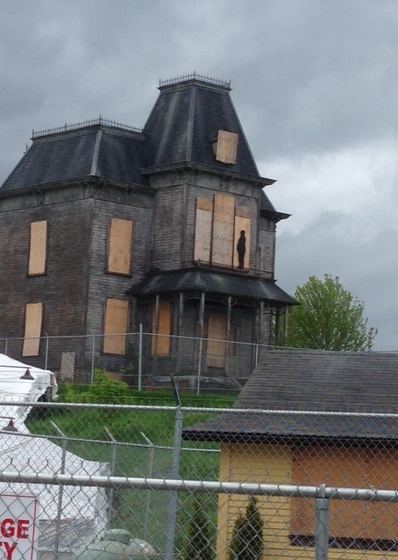 As of today it’s all closed up and waiting for Season 3 to start shooting, but here’s an Instagram video of #BatesMotel I shot last summer before they opened it back up again. It didn’t have the roof then.

They’ve added higher fences around the property now, and if anyone gets any ideas the security guard will come out.

I’ve heard rumors they’ll be back for Season 3 this July, so check back for more photos of the Bates Motel filming set then.