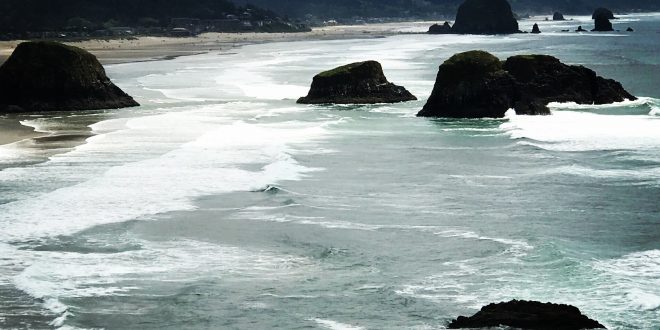 Canon Beach, Oregon Gives California A Run For Its Money

When you’re surrounded by farmland in the Fraser Valley of British Columbia, the best view from your backyard will be a long, waving patch of grass and the tip of Mount Baker peeking over the tree-topped horizon.

So blinded by greenery, it’s easy to forget that the Pacific Ocean is literally around the corner. If you want to just see the water, spots like White Rock, Kits Beach, and English Bay will let you enjoy an ocean like atmosphere without straying too far from home. But when you really want to be near the ocean, see the waves, and watch the surfers, Oregon is where you need to go.

Yes, I said Oregon. I didn’t say California, and if I’m honest, I find that kind of disturbing. I’m a Laguna Beach girl to the point where I’ll trek a few km packing lawn chairs and tip toeing over bodies in order to watch those waves. I’ll go to Laguna during the day, then head to Disneyland at night, and I really think that’s the perfect day in California.

Canon Beach is a one-tank trip from Vancouver

Six hours. It only take six hours to drive from Vancouver, BC to Canon Beach, Oregon. In my 2017 Dodge Grand Caravan, that’s a one-tank trip, and it’s easily done on a Friday so you can head home on a Sunday.

You can take the first exit to the 101 when driving down the I5. That exit is near Olympia, Washington, but if you want to stop in Portland first it’s about an hour and a half from there.

If you’ve been to beaches in California and you’re as mesmerized as I am by the pounding waves, prepare to have your doors blown off. Canon Beach and the Oregon coast in general have some of the most beautiful beaches I’ve ever seen, with the added bonus of massive rock formations jutting out of the ocean. You can sit for hours watching the waves, you’ll never get bored, and the kids love to play in the surf.

You can stuff your face in Canon Beach 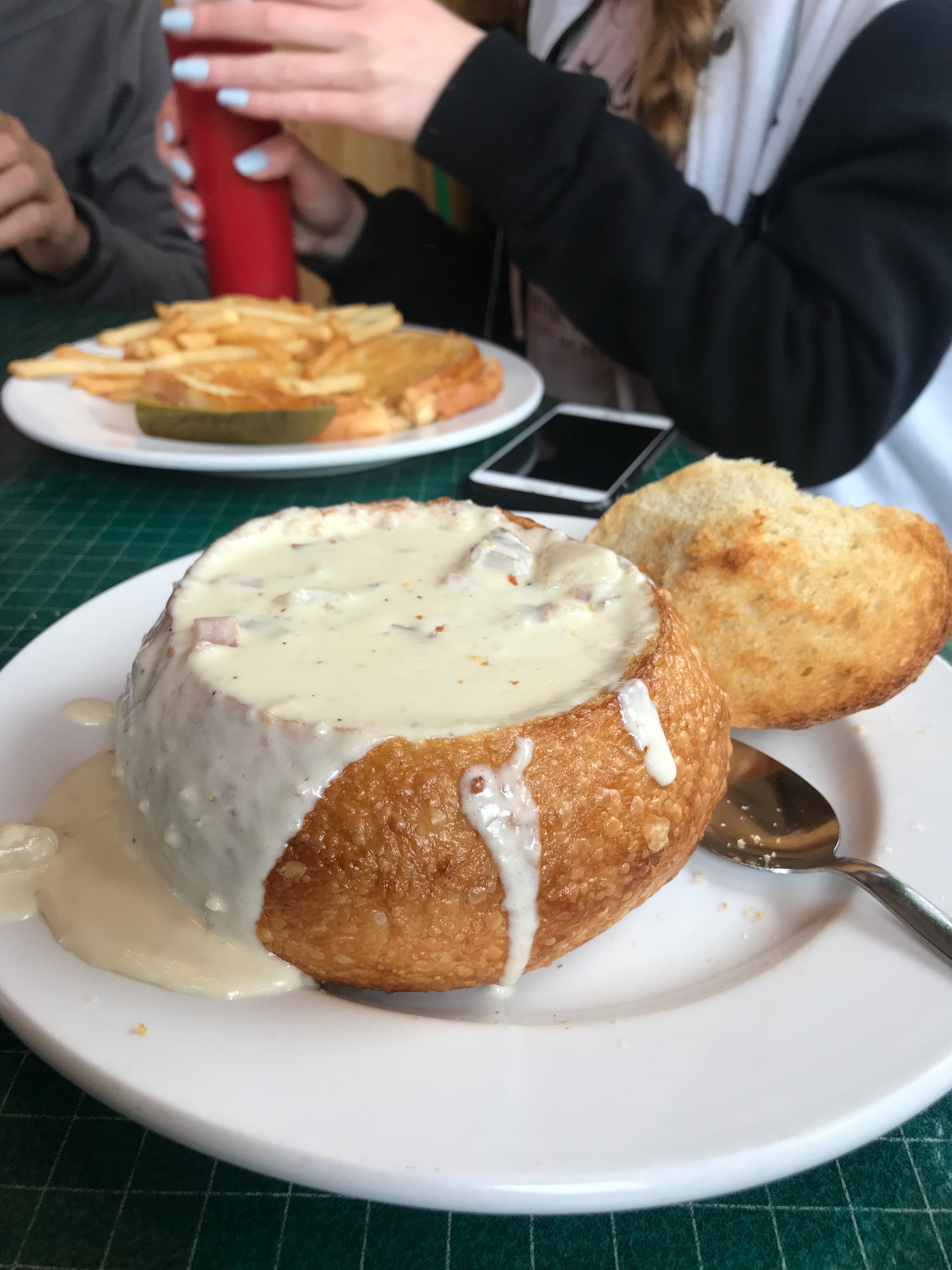 It’s a beach town, so there’s a wide variety of cute restaurants, fish and chips, and ice cream and gelato. You won’t go hungry, trust me.

Haystack Rock is in Canon Beach

Haystack Rock is located in Canon Beach, and if you love the Goonies, you have to stop and see this. Yes, it’s a rock, but it’s one of the coolest rocks I’ve ever seen.

Astoria is 38 minutes away from Canon Beach, and it’s worth the drive. Take this route if you’re heading home and you want to stop and see the house from the Goonies. Just keep in mind that someone actually lives in this house, it’s not available for tours, and last I heard the road was closed too. They definitely don’t want tourists taking pictures in front of it anymore, but maybe you can see it from a lower road. 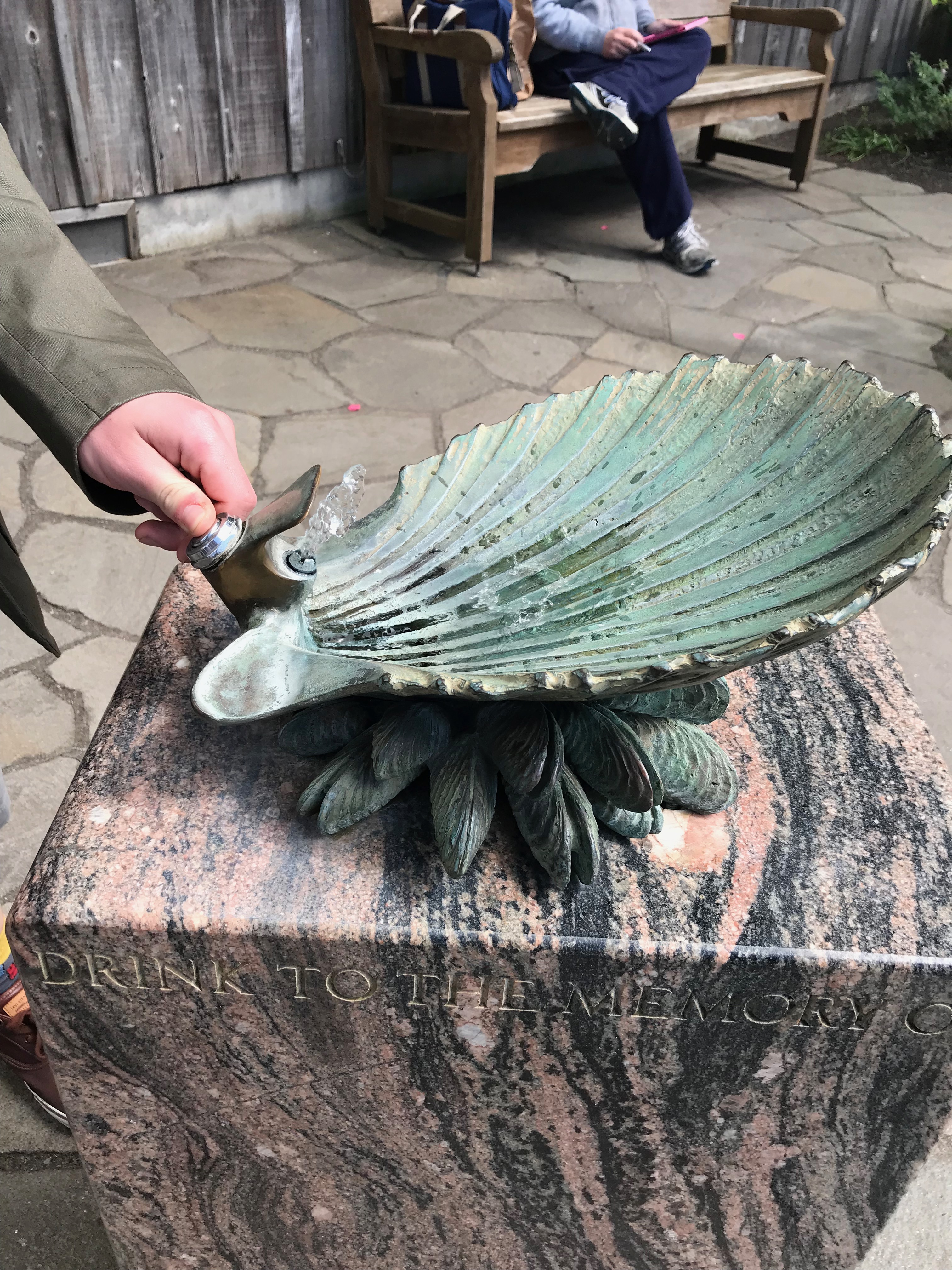 This is a small beach town and there are a number of rentals you can find to stay in. There are also small motels. My family is too large for small anything, so the next time I go I’ll stay in Astoria at the new Hampton Inn they built there and drive to Canon Beach for the day.

Six hours from Vancouver, three hours from Seattle: Canon Beach should be on everyone’s list to visit this summer. If you have any tips on Canon Beach or you’re a local, share it here.